Ideal Woman for a Man

What a Man Finds Attractive in a Woman

The Astrology of Attraction

Astrology can offer us a few clues as to what types of people men and women are attracted to. What follows is a simplistic model for determining the “ideal” woman for a man.

The position of Venus in a man’s chart, by sign. 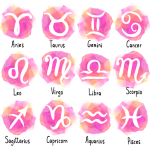 We at Cafe Astrology tend to shy away from some of the traditional “rules” of attraction. Traditionally, astrologers have interpreted the position and condition of Venus in the natal chart differently depending on the gender of the native.  The reason for treating Venus in men’s and women’s chart differently is based on the idea that men may tend to “disown” the qualities of Venus in his own chart. Since the energies of Venus have to go somewhere, when a man doesn’t “own”, or identify with, his Venus, the energies would be projected onto the women he meets and relates with. Similarly, women are thought to more easily relate to and “own” Venus qualities. The concept of projection is an interesting and valid one. However, while it may hold true with Venus to some extent today, we prefer not to attach gender bias to Venus and Mars. In our experience, men and women tend to take on the role of Venus in their relationships in approximately equal measure.

However, the position of Venus by sign in a man’s chart does tend to offer some clues as to what he will find attractive in a woman. This is because Venus reveals what we love, find pleasing, and what turns us on to some degree. (Mars helps to round out the picture in terms of sexual attraction and style). If you don’t know the sign position of Venus, look it up in these tables–all you need is a birth date!

If a man’s Venus is in Aries, he is often attracted to a tomboyish woman, perhaps athletic in appearance, but more importantly, direct, forthright, and straightforward. Ultra sensitive or shy women are not usually the most attractive women to these men, as they tend to prefer strong and independent types.

If a man’s Venus is in Taurus, he is often attracted to women with hourglass figures, who come across as natural and calm, and rather feminine. More traditional feminine types are often preferred, as opposed to aggressive or in-your-face personas. Sensual but simple auras are most attractive to these men. Sweetness, and a simple voluptuousness in a woman is ideal.

If a man’s Venus is in Gemini, intelligence or liveliness are often more important than drop-dead good looks. An athletic or tomboyish look, sometimes on the slim side, is often preferred.

If a man’s Venus is in Cancer, he may prefer women who come across as sweet, soft, and warm. He is not as inclined to go for women who are model-thin, tomboy-ish, or for the high-profile career type. He often is attracted to more traditionally feminine looks, simply dressed (not gaudy or flashy). Understated but feminine summer dresses, accentuated breasts (natural, not “enhanced”), an aura of innocence or neediness, and the promise of devotedness are usually turn-ons. Venus in Cancer men often go out of their way to avoid feeling rejected, and this is mirrored in their attraction to women who are not too aggressive, loud, or overly confident.

If a man’s Venus is in Leo, he may be attracted to women who are proud, outgoing, and perhaps even gaudy. Aloofness or a dignified, confident aura is usually appealing to these men. These men are more inclined to enjoy women who wear a good deal of makeup and jewelry. Flashiness is often appealing, although some will prefer a slightly more understated look. The bottom line, however, is usually a rather bold, confident manner.

If a man’s Venus is in Virgo, an appealing woman to him is usually an understated, rather simple appearance without too much glamour or ostentatiousness. Healthy, natural, and clean are most appealing physical qualities, and a certain amount of intelligence as well as a modest, sensible approach to life.

If a man’s Venus is in Libra, he is most attracted to femininity expressed as understated charm, good manners, and a simple but beautiful appearance. Coarseness or rudeness is often a turn-off.

If a man’s Venus is in Scorpio, the femme fatale is just fine for him. He is especially attracted to women who ooze sensuality, who are perhaps a little dark and mysterious, and who have a magnetic and powerful aura.

If a man’s Venus is in Sagittarius, an energetic, happy aura in a woman is often most appealing. Generally these men are attracted to a clean, robust, athletic look, generally slim but not necessarily well-groomed. A tousled, casual appearance is just fine with these men.

If a man’s Venus is in Capricorn, he often finds a woman who has an aura of competence about her very appealing. More classic looks, as well as a career-oriented look are most appealing. Sometimes, older women are especially appealing to these men.

If a man’s Venus is in Aquarius, he can be most impressed by women who are somewhat unconventional or kooky in their choice of clothes and overall style. He wants an interesting woman. She can certainly be beautiful, but boring? Hardly.

If a man’s Venus is in Pisces, he is often impressed with a feminine aura of softness, sweetness, and neediness to a certain degree. She need not be robust or aggressive. Lacking in confidence is just fine, and so is a touch of helplessness.

A man’s Moon sign certainly factors into the “equation”. While Venus offers clues as to what type of women and situations attract a man on a romantic level, the Moon reveals what qualities makes a man feel comfortable and warm. Sometimes we see men with very different Venus and Moon signs who have distinctly different “types” of women when it comes to pure attraction and those he would consider as long-term or relationship material. For example, a man with Venus in Aries and Moon in Taurus might be attracted to forthright, independent women in general, but as far as “selecting” a woman for a long-term partnership goes, he might choose a more demure woman with steady affections and a softer, more traditionally “feminine” personality and/or appearance.

Get the full scoop with a Love Styles: About Him Report. The report averages 25 pages long, and it’s all about a man’s style in love, in relationship, and in bed.