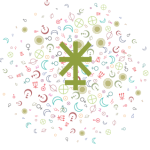 Juno in Astrology   The asteroid Juno was the third discovered asteroid or minor planet found between the orbits of the planets Mars and Jupiter. Juno is considered one of the four major asteroids. The Roman goddess, Juno, was the protector and counselor of the state who held watch over women. The Greek goddess counterpart […]

This Week in Astrology - Main

This Month in Astrology - Main