The asteroid Juno was the third discovered asteroid or minor planet found between the orbits of the planets Mars and Jupiter. Juno is considered one of the four major asteroids.

The Roman goddess, Juno, was the protector and counselor of the state who held watch over women. The Greek goddess counterpart was Hera, although Juno and Hera didn’t have equivalent roles. 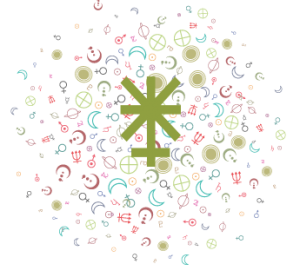 Juno is enraged by inequalities and shows us, through its position in our charts, where we seek to make things balanced, fair, and right. She counsels, alerts, advises, and warns.

Juno has definite shades of Pluto, Venus/Scorpio, and Libra energy. We’re triggered where Juno is in our charts, but it’s also a place of potential power and empowerment. Juno was a woman scorned, and issues of balance of power, infidelity, and betrayal are some associations. She was fiercely loyal but stayed in an unhappy marriage.

Look to Vesta for devotion or commitment to a person or cause, but look to Juno for clues as to how we make the most of our connections. Juno tells us in what way or in which area we are deeply bothered if we’re not treated with respect and fairness.

Most notably, Juno is the master of multi-tasking. She does so very many things well, and people with Juno strong in their charts are similar. She’s connected to marriage and union, in general, but she is complicated, powerful, and political–she is not only defined by her partnerships, even if she’s skilled at balancing and moderating them.

Juno in the Signs

Juno Tables: Find the sign of Juno in your astrology natal chart.

The glyph, or symbol, for Juno is represented here.

The star is placed over the cross (matter) or a specter.