Timing with the Moon 2

Timing with the Astrological Moon

More About the Moon & Timing in Astrology

What follows are some general guidelines for electing the best days for starting something new, using the Moon and some other astrological tools.

Of course, the beginning of a romance is often something we have little control over, and perhaps ideally as such. However, there are situations wherein meetings are planned in advance, such as those started on the Internet, when planning a first date or first meeting is possible. Furthermore, the following information can be interesting for those who already started a romance.

The sign of the Moon at the start of a romance can reveal much about the nature, or tenor, of the relationship to follow.

With the Moon in Aries, the romance may have begun impulsively and it may not last. This is because an Aries Moon in electional astrology is considered dry and barren. Aries also lacks staying power. If a long-standing romance is desired, the Moon in Aries is less than ideal. However, if the Moon is applying to positive aspects to Venus, the romance stands a better chance. If it is applying to Mars, even with the sextile or trine, the impulsive nature of this sign position is emphasized, and what might start out as an exciting or passionate romance might fizzle almost as rapidly. When the romance is longer lasting, it is apt to have started quickly and expectations are such that the relationship is exciting and maintains spontaneity.

Romances begun when the Moon is in Gemini may or may not be long-standing, but they are generally considered to be light and fun. The relationship is boosted if the Moon applies by conjunction, sextile, or trine to Venus or Jupiter. If Mercury happens to be in Cancer, the relationship is strengthened.

With the Moon in Cancer, the relationship is likely to be sentimental, and perhaps somewhat insular. The Moon is dignified in Cancer, so this is one of the better signs to begin a new relationship under. A romance begun under the sign of Cancer might be characterized by sensitivity, concern, and care on the positive side, but it could also be a moody, clinging one. If you are looking for a romance that might lead to marriage and family, Moon in Cancer is very favorable.

Moon in Leo favors romance in many ways, but pay special attention to the applying aspects the Moon makes. On the plus side, romances started when the Moon is in Leo are usually very romantic and full. They radiate energy and pride. They are usually longer-lasting than most, especially if the Moon is waxing (from New Moon to before the Full Moon).

Moon in Virgo is not the most auspicious time to begin a new romance, unless Virgo is strong in both parties’ charts. However, those romances begun under a Virgo Moon can be satisfying. They might be described as meetings of the minds, and sometimes define partnerships that are unequal in some way–those that require sacrifice in order to maintain.

Moon in Libra is generally a favorable position to begin a new romance. Romances started under a Libra Moon may be decidedly romantic, at least at first. There is a real give and take associated with Libra, which can amount to “keeping scores”. One aphorism of electional astrology says that the Moon shouldn’t be Via Combusta (that is, from 15 degrees Libra to 15 degrees Scorpio), as things started under a Via Combusta were believed to have tragic endings. I do not subscribe to this aphorism.

With the Moon in Scorpio, relationships begun could be intense and all-consuming. Because the Moon is in its fall in Scorpio, this is considered an undesirable period of time for starting a new romance. The romance could be stormy, negative, and possessiveness or even obsession may be part of the whole package. Because Scorpio is a fixed sign, the romance may be enduring, but it could also be difficult to dissolve.

Moon in Sagittarius is considered to be a somewhat favorable position. But because Sagittarius is a dry and barren sign, and due to its mutable nature, the romance may not be a secure or reliable one. Sagittarius is a happy and breezy sign, ruled by jolly Jupiter, and romances begun under a Sagittarius Moon may possess these qualities. As such, if the parties are looking for a fun time that may not be enduring or consistent, then this position will work fine.

Because the Moon is in its detriment in Capricorn, and due to the fact that Capricorn is ruled by Saturn, Moon in Capricorn is not considered to be a very favorable period to start a romance. It might be difficult to get off the ground, and if it does, the romance might face some restrictions and challenges. However, if the parties involved desire a serious and mature romance, and if the Moon is making particularly favorable applying aspects, this position would be favorable.

Moon in Aquarius romances might be different and friendly, and because Aquarius is a fixed sign, they could be long-lasting, but Aquarius is not a fruitful sign, so the romance might not go anywhere or it may feel dry. An emotional connection is not as probable with an Aquarius Moon. Again, much depends on the “goals” of the romance.

Moon in Pisces romances might be tender and sweet, but they can also be very Neptunian in nature, whereby the goals of the romance may be unclear. There is the danger of one party “fading away” because he or she does not feel equipped to live up to the dreamy expectations this position can inspire at the outset. There may be some element of sacrifice in this romance, where one or both parties need to give up something or be particularly (even inhumanly) understanding in order for the romance to continue. With favorable applying aspects of the Moon, however, (especially the last applying aspect) the relationship might be wonderfully uplifting and even dreamy.

Moon square or opposition Saturn. The romance could be laden with restrictions, challenges, and interferences. It may be too “heavy”.

Moon conjunct Sun. With the applying aspect, it’s a time of endings. Furthermore, the Moon is combust, or debilitated, when it’s too close to the Sun.

Favorable applying aspects of the Moon:

Relationships begun in the fourth quarter Moon phase are not expected to be long-standing. However, if the parties desire a short-lived affair, or if the romance is designed to help with “left-over” energies and endings from other relationships, then this period would facilitate the process.

Note also that a romance (or other undertaking, for that matter) begun too soon after the New Moon is not considered favorable, as the Moon is still combust. Aim for at least 6 hours after the exact New Moon, and preferably 18 hours after. The Moon in the Crescent phase is ideal.

When electing a romance chart, Venus should be placed in an angle and should be strong. Jupiter in a strong position is also desirable for feelings of good will.

To Come: We will have electional astrology articles regarding electing to start a new business, and electing wedding charts.

Using the Moon to see where a Relationship is Headed:

The condition of the Moon by sign, its first and last applying aspect, the phase of the Moon, and more can be used to predict where a relationship is headed. The theories behind the Moon in Electional Astrology can be applied to the “first meeting” chart of a relationship. See our example of the delineation of a “first meeting chart” here. 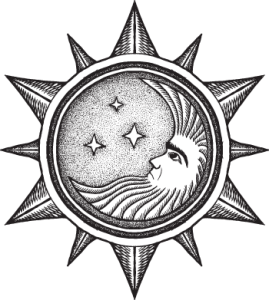 Back to Timing with the Moon Main Page