) of the Moon are points that are directly opposite each other. Together, they form the Nodal Axis.

They are not planetary bodies; rather, they are mathematical points that take into account the relationship between the Sun, Moon, and Earth at the time of our birth. More specifically, the Moon’s nodes are the points where the Moon’s orbit intersects the plane of the ecliptic.

The Nodes of the Moon represent points of personal karmic imbalance.

The South Node can be a point of undoing unless we develop the North Node experiences and qualities. Thus, consciously working on these “life lessons” can bring us to increased happiness and fulfillment.

If we over-emphasize and fall back on the qualities of our South Node, at the expense of developing our North Node, we may have a difficult time feeling personally successful.

Interpretation of the North Node/South Node in the Natal Chart:

Spiritual Life Lessons: The Nodes of the Moon in Astrology Keys to Happiness and Fulfillment

Don’t know the sign of the North Node in your chart? See our North Node tables.

Wednesday, AUGUST 4 The Moon continues its transit of Gemini until 5:17 PM, after which the Moon is in its own sign, Cancer. While we begin the

The Moon continues its transit of Gemini until 5:17 PM, after which the Moon is in its own sign, Cancer. While we begin the day craving more interconnectivity, we seek more comfort and familiarity as the day advances. A Sun-Chiron trine encourages a holistic approach to problem-solving. There can be opportunities to learn, grow, and improve, particularly through spontaneity, self-assertion, and courage. With less concern about who’s right or wrong, we’re open to learning and growing. Our egos don’t get in the way, helping us make real progress. Fortunately, we’re putting our respect in the right places. The chance to find a sense of purpose or a “mission” can arise now, increasing our confidence.

The void Moon occurs from 3:38 PM EDT, with the Moon’s last aspect before changing signs (a trine to Jupiter), until the Moon enters Cancer at 5:17 PM EDT.

Thursday, AUGUST 5 The Mercury-Venus semi-sextile early today can serve to subtly contrast a logical and playful approach. However, the Moon spends the day in the sign

The Mercury-Venus semi-sextile early today can serve to subtly contrast a logical and playful approach. However, the Moon spends the day in the sign of Cancer, emphasizing our attachments and feelings. We’re focusing on our personal lives, loved ones, and need for security. This transit encourages us to center ourselves and let go of overthinking. We favor comfort over satisfying our curiosity. Nevertheless, later today is a fine time for inspired ideas, particularly about money, home, or long-term security. While we appreciate the familiar more than usual, we’re open to some innovation or improvement.

Friday, AUGUST 6 The Moon spends another day in careful Cancer. However, a Sun-Uranus square can destabilize some parts of our lives temporarily, or it can highlight

The Moon spends another day in careful Cancer. However, a Sun-Uranus square can destabilize some parts of our lives temporarily, or it can highlight problem areas that already exist. Changes we make now may feel out of character or abrupt. Disrupted routines and plans are likely, and while they can be unsettling at first, they can also stimulate the adoption of new approaches. Our strong desire for independence or to break the rules could impair our judgment. We should watch for being irresponsible in our rebellions and guard against temperamental behavior and decision-making. Disruptions can pull up buried frustrations, which we should probably examine more closely. It can be a time to learn something new about ourselves.

The void Moon occurs from 6:11 PM EDT, with the Moon’s last aspect before changing signs (an opposition to Pluto), until the Moon enters Leo the next day, Saturday, August 7th, at 3:32 AM EDT. 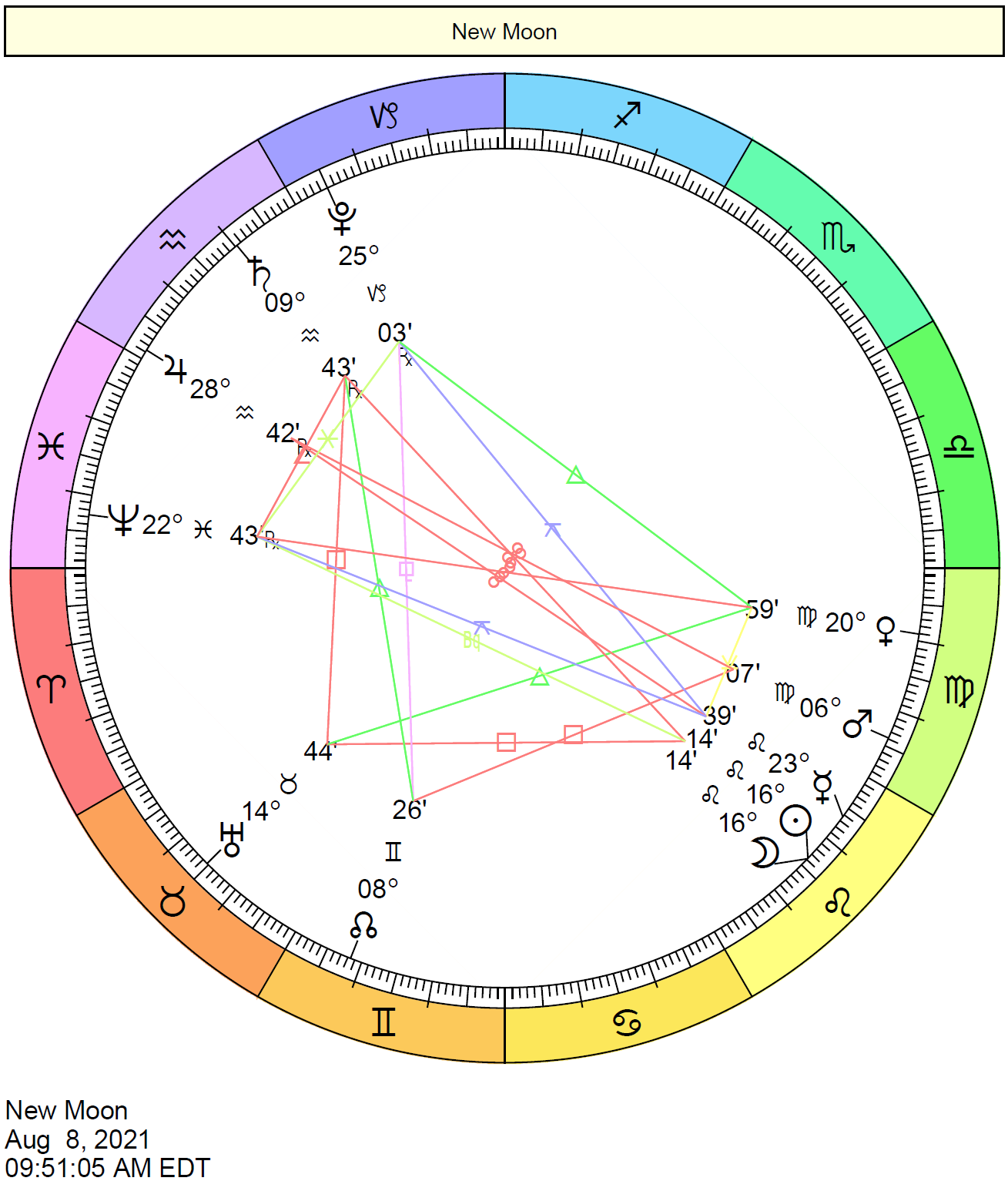 This phase of the Moon occurs at 16 degrees and 14 minutes of Leo.

Some of Leo’s “lessons” involve taking pride in ourselves as unique individuals, assuming responsibility for our lives, and giving ourselves warmly and generously to others. This New Moon period is an excellent time to meditate upon some of the characteristics of Leo. Keywords for this self-expressive Fire sign — such things as proud, noble, generous, hospitable, caring, warm, authoritative, active, and open — are traits that we might enhance, develop, and incorporate into our personalities.

We all have Leo somewhere in our charts. Seek the coming month to improve those areas of life. It’s time to awaken our “inner child” and find ways to express ourselves creatively. With this potent Leo energy, we can make significant changes in our lives that will benefit us well beyond this Moon cycle. It’s time to make some plans and set the stage for reaping the rewards from our new beginnings, as little or big as they may be, approximately two weeks after the Full Moon occurs.

With the Sun and Moon square Uranus, we should watch for prematurity and abrupt changes or rebellion. However, it can be a courageous, proactive time. We can feel sudden urges to act, start new, and clean the slate. Or, unexpected events prompt a new approach. The desire to change and improve creative and romantic matters is strong.

The above chart is helpful for seeing the fundamental energies of this New Moon along with chart patterns. Below, the New Moon chart is presented with additional points for extra details. Click to enlarge: 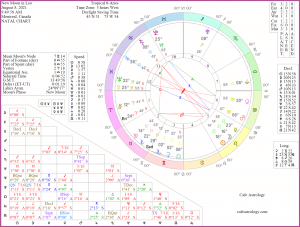 Mercury is in Virgo from August 11-August 3o, 2021. When Mercury is in Virgo, precision in speech, thought, and process is now important to us. This is a time when we analyze and decide what is useful and what we deem to be impractical. Mercury feels right at home in Virgo, one of the signs that it rules. Dealing with details is natural and easy now. We need to be careful that we don’t lose perspective if we find ourselves lost in details. We should also be aware of the possibility of expressing ourselves in a too factual manner, so much so that we come across as dry, critical, or unimaginative. 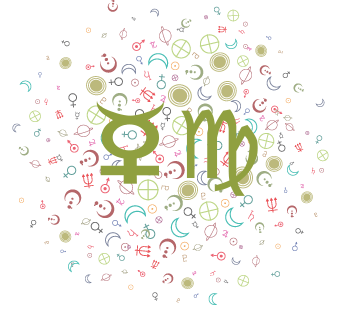 Venus enters Libra Venus is in Libra from August 16-September 10, 2021. We are more inclined to employ charm rather than aggressive behavior in order to get what we want during this cycle.

Venus is in Libra from August 16-September 10, 2021. We are more inclined to employ charm rather than aggressive behavior in order to get what we want during this cycle. Although Venus in Libra virtually lives for relationships, there is an air of cool detachment to this energy. We are very obliging with others–quite willing to negotiate and compromise. We can be especially idealistic about love. We prefer things be done the “right” way, and are turned off by aggressive or uncouth behavior. The shadow side of this position is dependency, inconsistency, and superficiality. In an attempt to avoid unpleasant situations, we could easily gloss over deeper issues at play in our relationships. It’s probably best to avoid the trap of acquiescing to our partners but privately resenting the fact or thinking ourselves martyrs for doing so! This is also a time when we are more artistically inclined. We tend to seek balance in our personal environment. 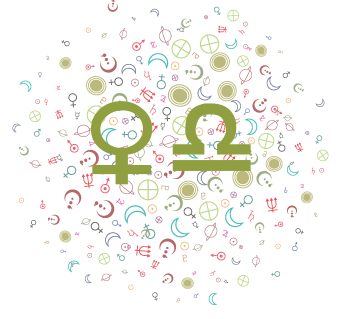 Uranus now turns retrograde at 14° Taurus 48'. Each year, Uranus is retrograde for approximately 5 months. Today, Uranus begins its retrograde phase, which will continue until January 18, 2022,

Uranus now turns retrograde at 14° Taurus 48′. Each year, Uranus is retrograde for approximately 5 months. Today, Uranus begins its retrograde phase, which will continue until January 18, 2022, all in the sign of Taurus.

What does Uranus Retrograde mean?

During this cycle, our desire to make changes in our lives can turn inward as we get in touch with what may be holding us back from living more spontaneously and authentically.

We may be less overtly rebellious and more inclined to follow the rules while Uranus is retrograde approximately four months a year. As the shift occurs this week, however, Uranian energy is more challenging, and we can experience some tension until we acclimatize to the directional change. 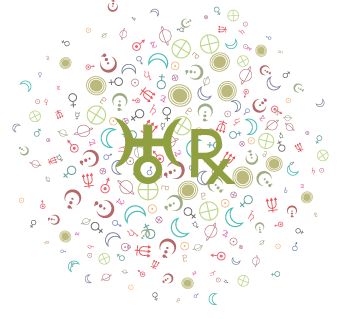 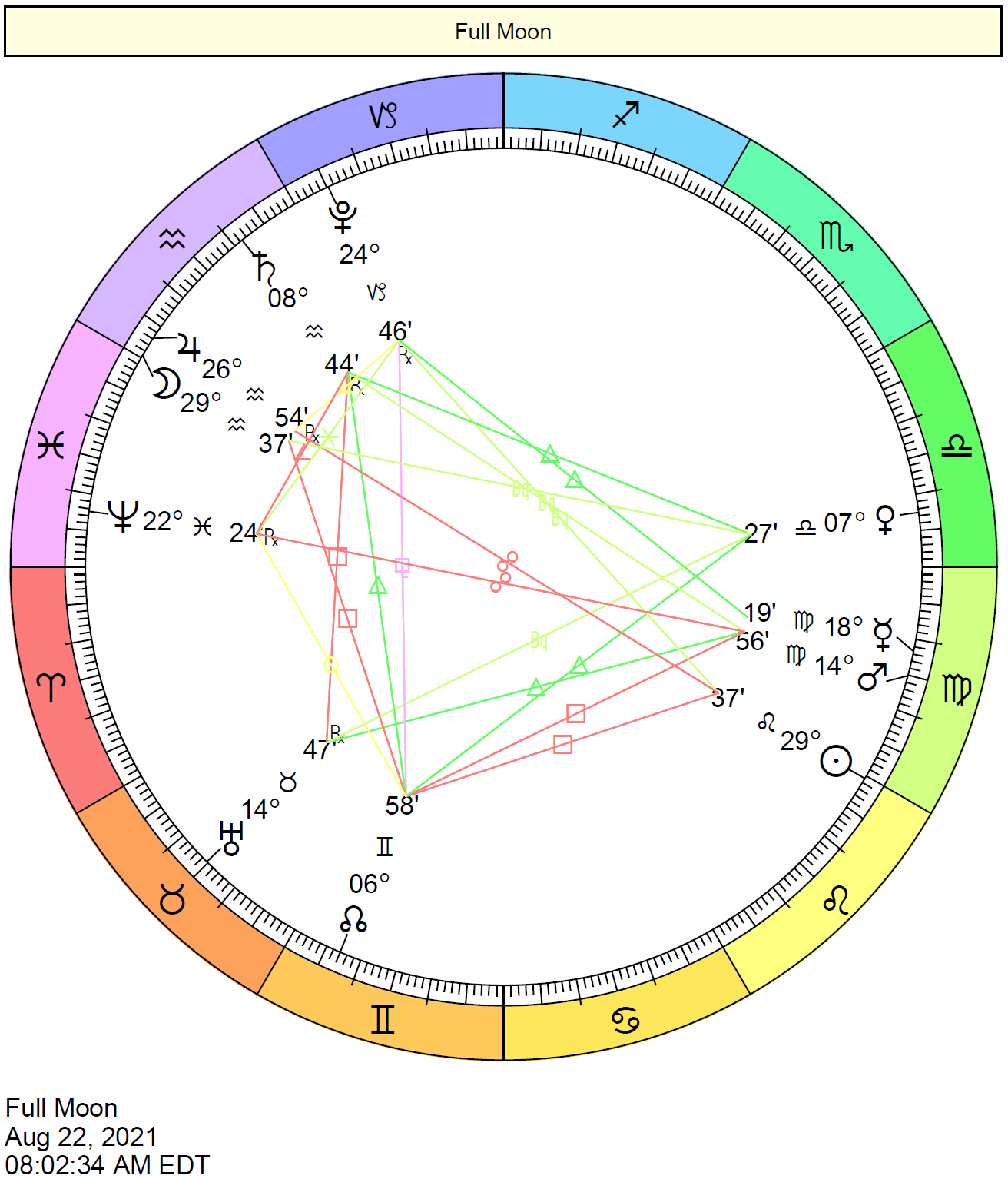 This is the second Full Moon in Aquarius this year (the first occurred last month on July 23, 2021). This lunation occurs late in the sign of Aquarius, right near the cusp of Pisces.

This phase of the Moon occurs at 29 degrees and 37 minutes of Aquarius. As the second Full Moon in Aquarius this year and occurring at the tail-end of the sign, this is about final events that awaken our feelings and that might spur us into action.

This is a time of awakening to the need for others or to answer to humanitarian impulses. It’s the second prompt in 2021 to recognize these needs and feelings.

This lunation affects people born with personal planets and points at approximately 26 to 30 degrees of the Fixed signs (Taurus, Leo, Scorpio, and Aquarius) and 0 to 4 degrees of the Mutable signs (Gemini, Virgo, Sagittarius, and Pisces) most significantly.

Sun enters Virgo Sun is in Virgo from August 22-September 22, 2021. Our focus shifts to the pieces of the puzzle--the little details of our lives. It is now time to take care of practical

Sun is in Virgo from August 22-September 22, 2021. Our focus shifts to the pieces of the puzzle–the little details of our lives. It is now time to take care of practical concerns. Tending to the details of everyday life may not sound like loads of fun, but it can certainly free us from unnecessary stress that results from “collecting” odds and ends of unfinished business. This is an ideal time to get organized, to do detail work, and to improve communications on the job. 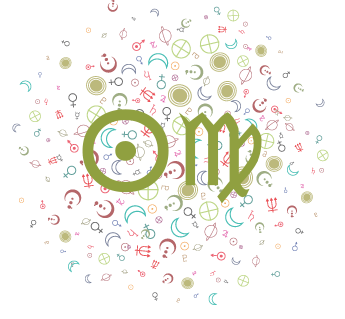