The dwarf planet Ceres is the largest and first of the discovered asteroids found between the orbits of the planets Mars and Jupiter. Ceres is named after the Roman goddess, Ceres. The Greek goddess counterpart was Demeter.

Ceres is considered one of the four major asteroids (along with Juno, Vesta, and Pallas) in astrology. Its dwarf planet association is due to its ellipsoidal shape. Ceres was the goddess of fertility and agriculture. 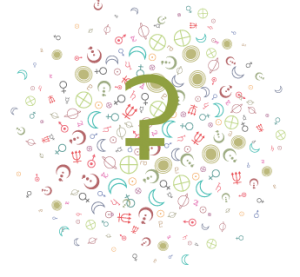 Ceres is connected to grief, as well as the possibility of destroying everything in one’s path in order to regain what was lost.

She might also be connected to separation and time-sharing, as Ceres in mythology had to strike a deal with Pluto who had abducted her daughter, Persephone, wherein she was to return Persephone to him for a portion of the year.

Ceres can describe our caregiving, nurturing, and loving qualities. Teaching, mentoring, gardening, farming, and cooking are strong associations. Ceres is democratic, caring, and concerned about the environment and nutrition. With Ceres, we are drawn to what’s natural, wholesome, good, and simple.

Ceres is generally understated and not very adorned, and she very much appreciates the ordinary.

Ceres in the Natal Chart

Our Ceres sign can show how we go about nurturing others. For example, people with Ceres in an Earth sign might nurture others through food, sustenance, and practical help. On the other hand, the first go-to for nurturing others for those who have Ceres in a Water sign is emotional support. For Ceres in an Air sign, they might default to mental/communication support, and for Ceres in a Fire sign, moral support and encouragement.

Traits of Ceres can be prominent in a person with a strong Ceres in the chart (such as through a conjunction to the Sun, Moon, or Ascendant). The love of the regular, ordinary, simple, natural, and unadorned can figure strongly.

The glyph, or symbol, for Ceres is represented here. The crescent (receptivity) is placed over the cross (matter). Her symbols are a sheaf of wheat or a torch.

Note that Ceres is not one of the standard bodies in a natal chart reading. It’s considered an additional point that some astrologers consider.