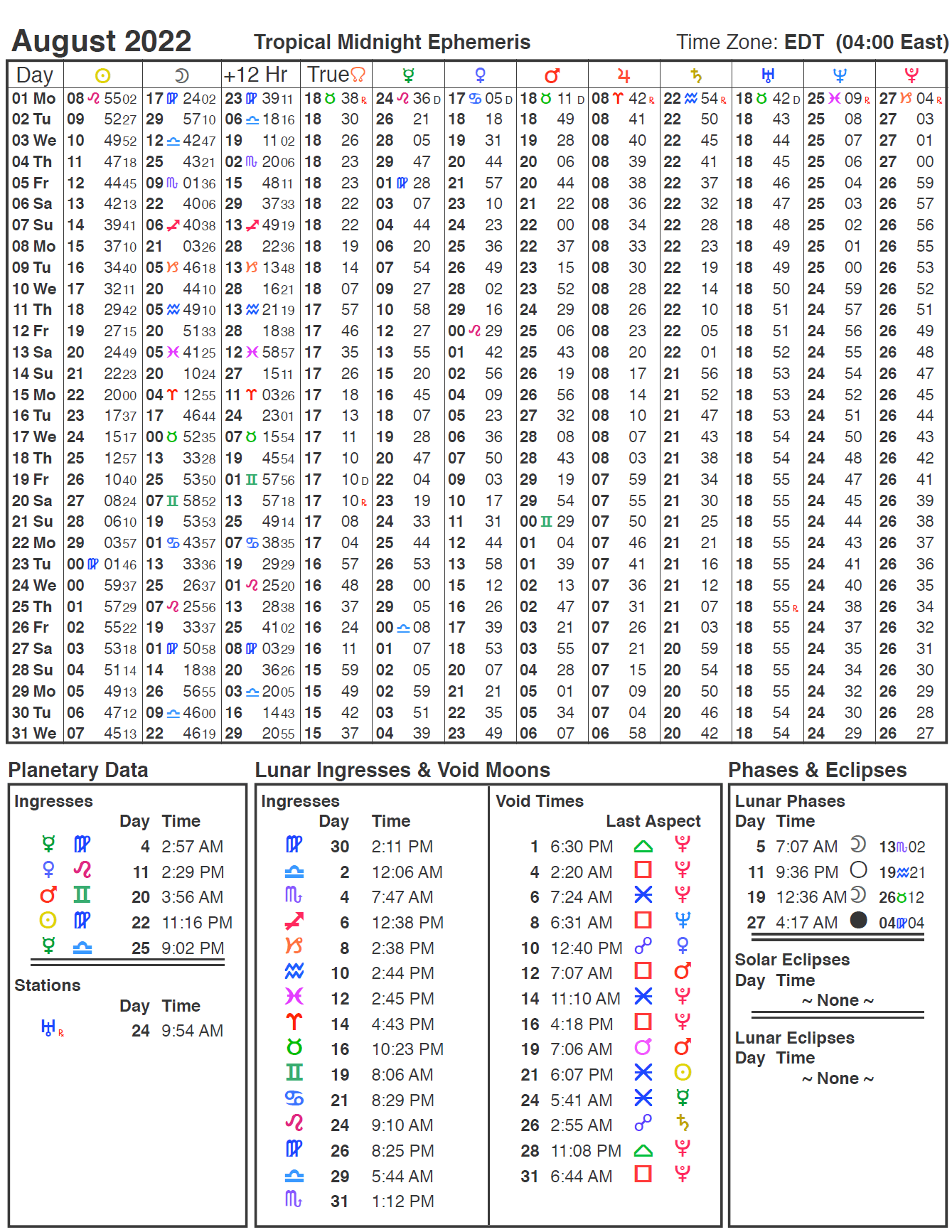 Daily Ephemeris for the month of August 2022

Ephemerides for the full year are available here.

The following is this month’s ephemeris for selected asteroids: Eros, Psyche, Sappho, Ceres, Pallas, Juno, and Vesta, as well as Chiron: 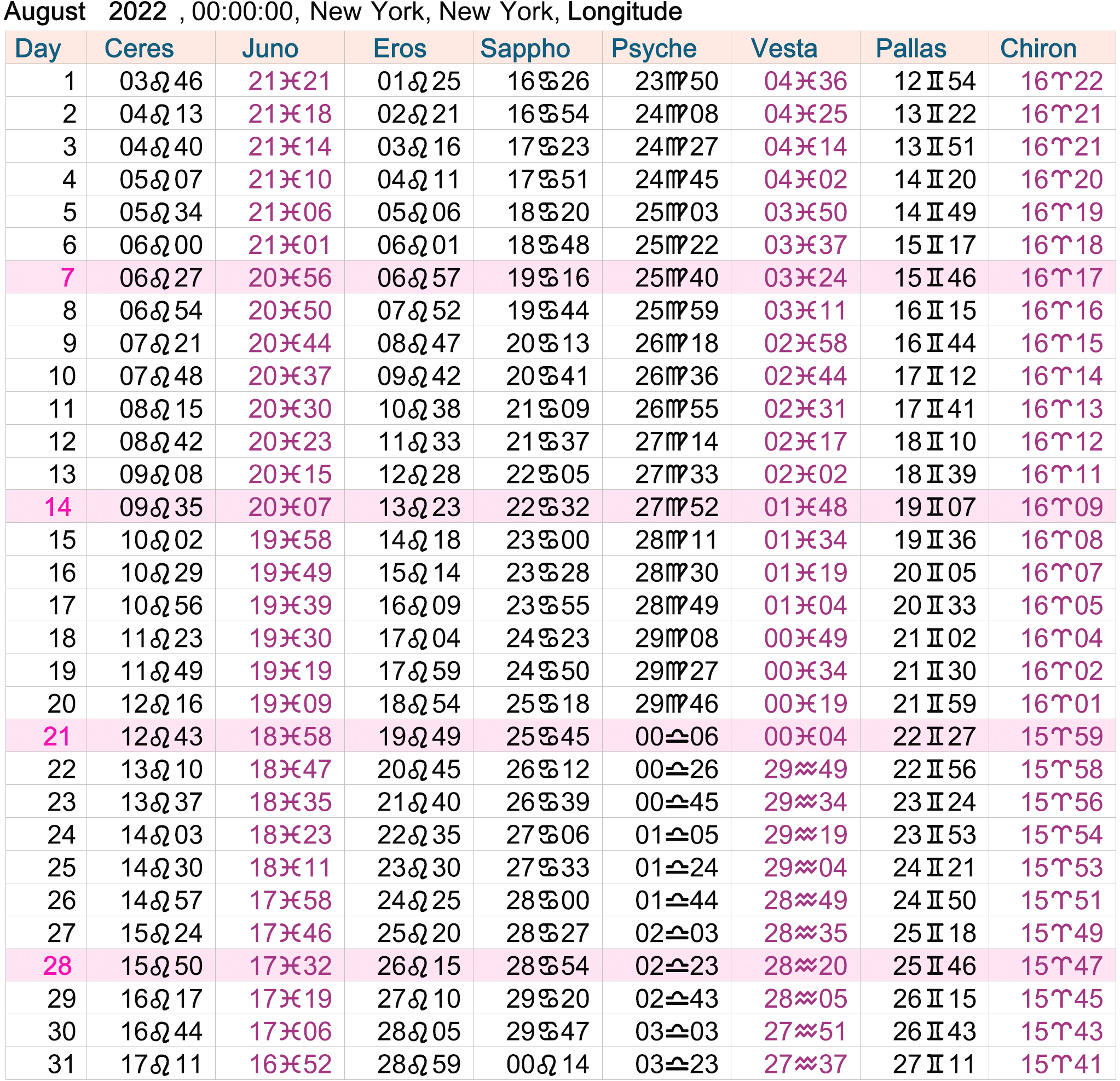 The Asteroids Ephemeris is also available for an extended period here. 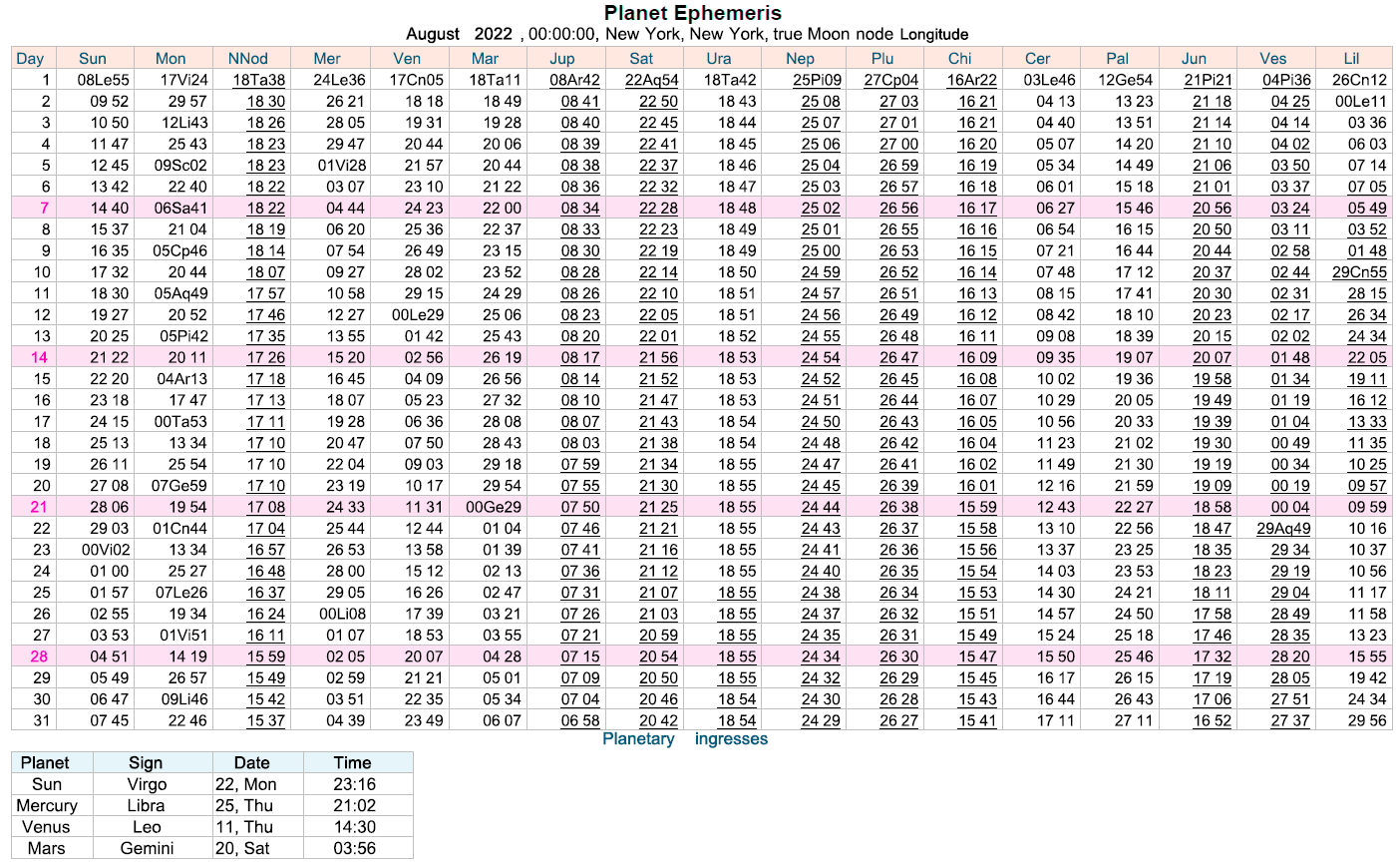 The ephemerides above display each planet, asteroid, or point by degree and sign (longitude) at Midnight in the Eastern time zone at a daily rate. We can follow their daily progress/movement and get a good understanding of sign change dates.

Retrograde planets are marked with a red Rx symbol in the top ephemeris. In the asteroid ephemeris, however, they’re shown in pink/red.

Sign changes in the top ephemeris are displayed in the table under the ephemeris under the title “Ingresses.”

The “Stations” section shows planets when they change direction, either retrograde (marked with an Rx) or direct (marked with a D).

Next, the middle table shows the lunar sign ingresses (or sign changes). These are separated because the Moon changes signs so much more frequently than the Sun and other planets/bodies. The void Moon times are also displayed.

Finally, the third table at the bottom of the ephemeris is titled Lunar Phases & Eclipses. While the lunar phases (New Moon, First Quarter Moon, Full Moon, and Last Quarter Moon) dates, times, and zodiacal position are displayed, only when an eclipse occurs are eclipses displayed in this box.

The Planets & Asteroids Ephemeris includes the major planets, North Node, Chiron, Lilith, and the four major asteroids in one table. This particular ephemeris is good for those who are not yet familiar with the planets’ symbols or glyphs, as it uses abbreviations for the planets, asteroids, and signs.

Note that these ephemerides are generated using the Tropical Zodiac. While I do have some Sidereal data on the site, Cafe Astrology is a Tropical Astrology site.