On this page, explore full-size daily ephemerides for 2010. 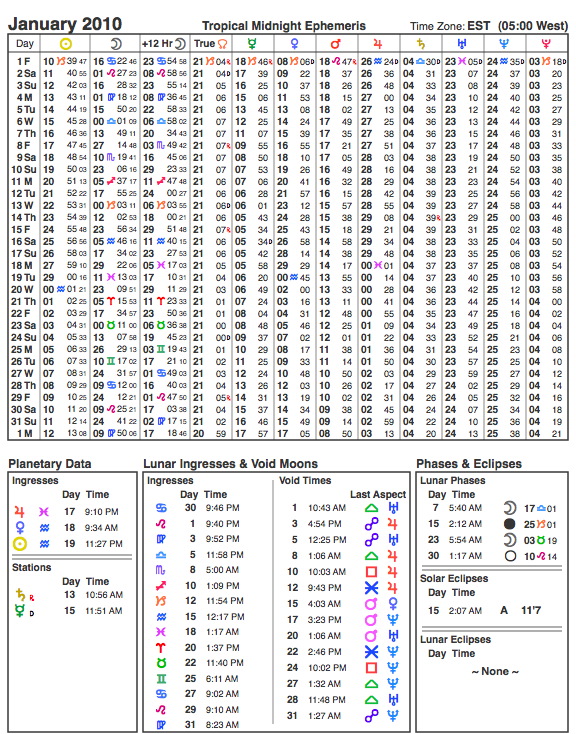 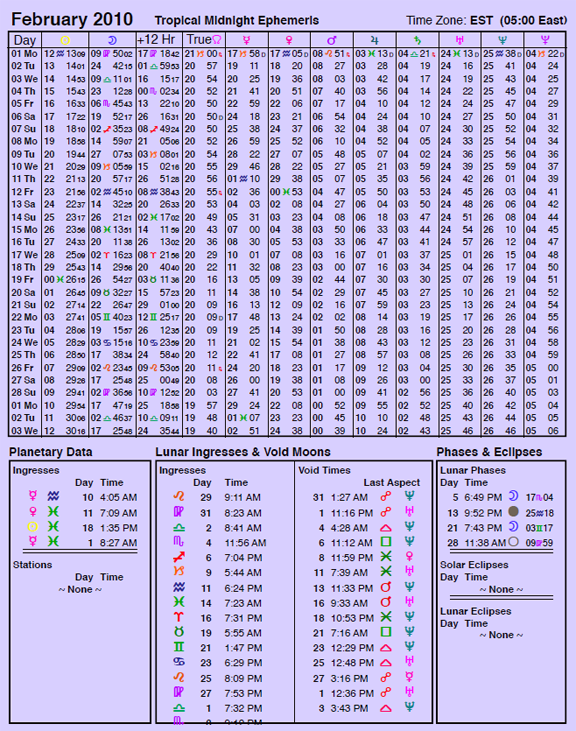 {February Ephemeris above only is GMT}* 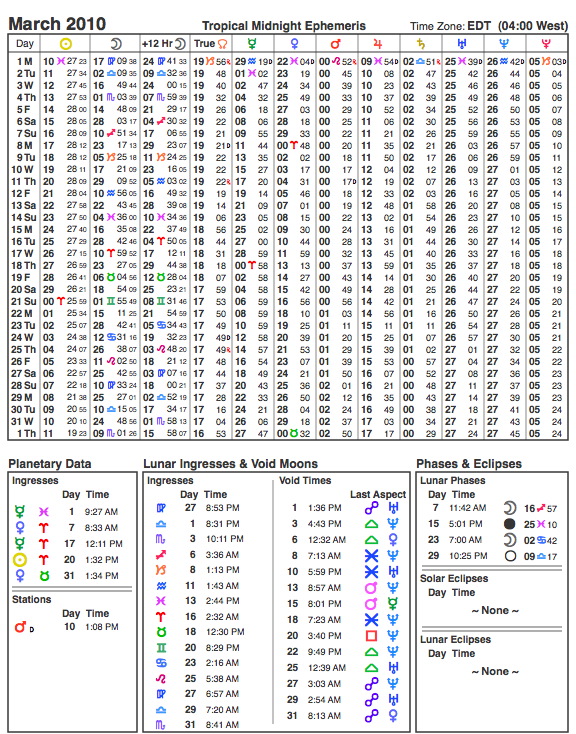 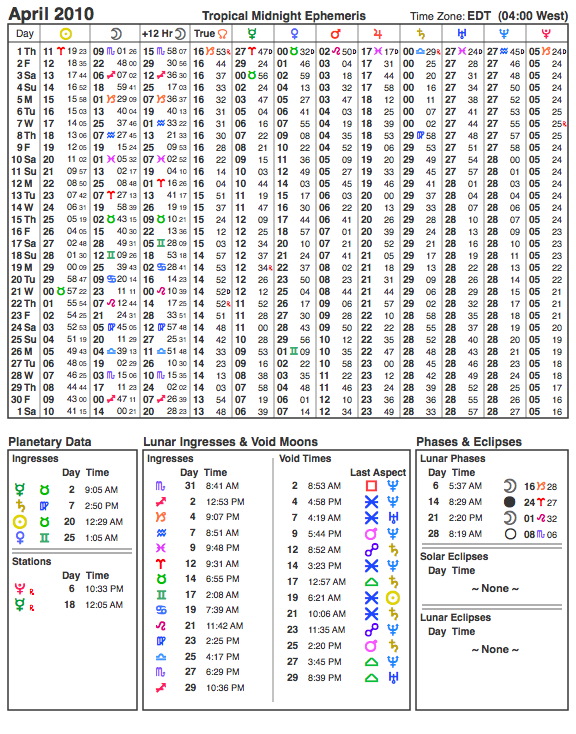 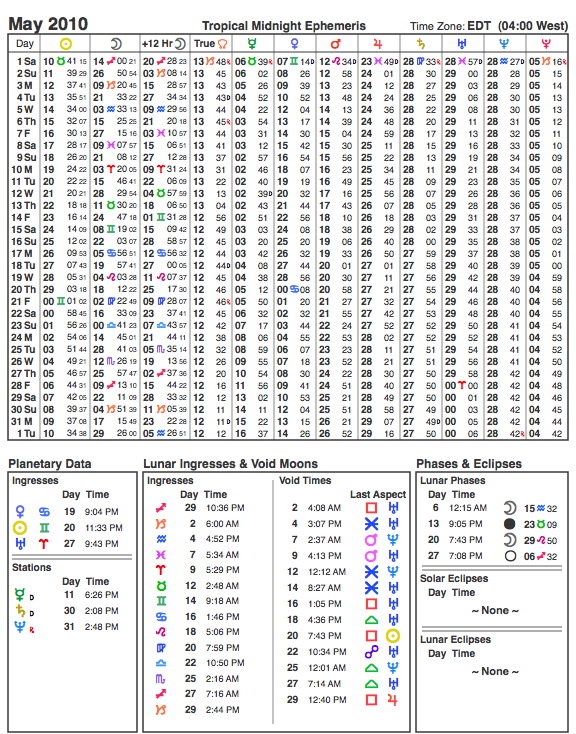 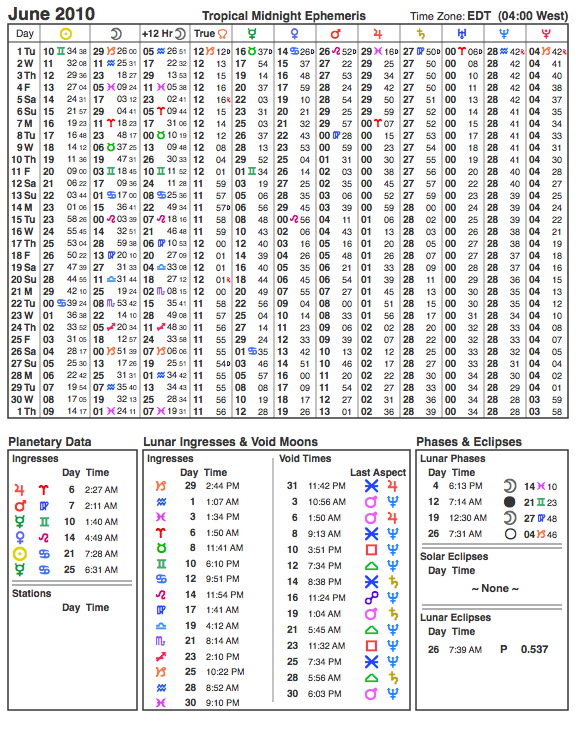 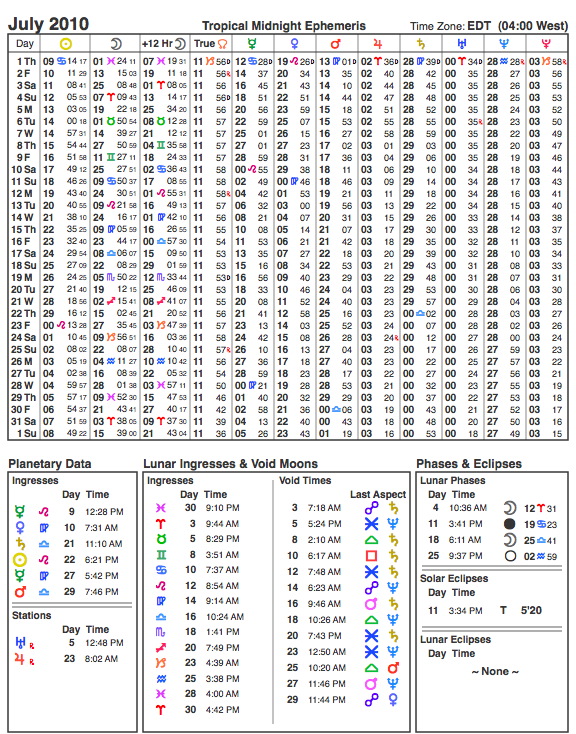 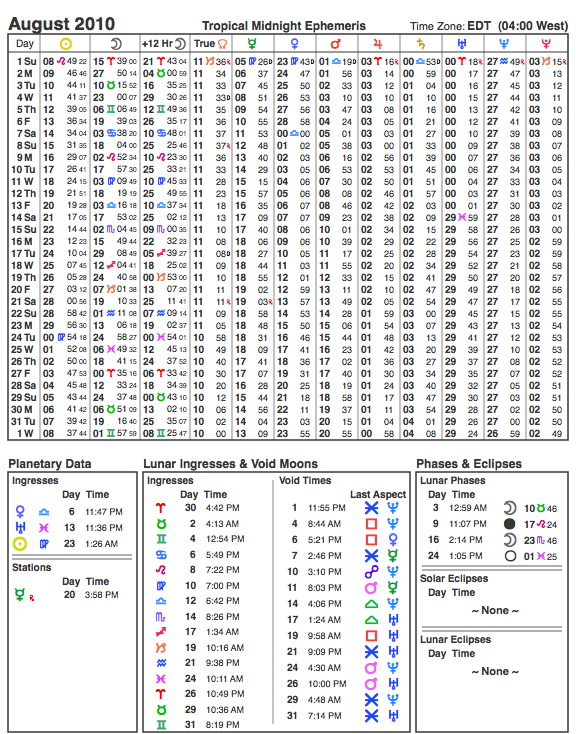 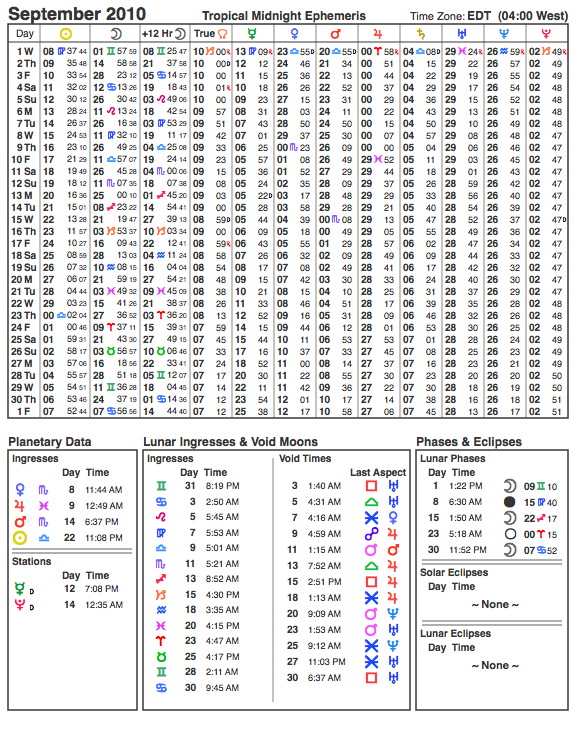 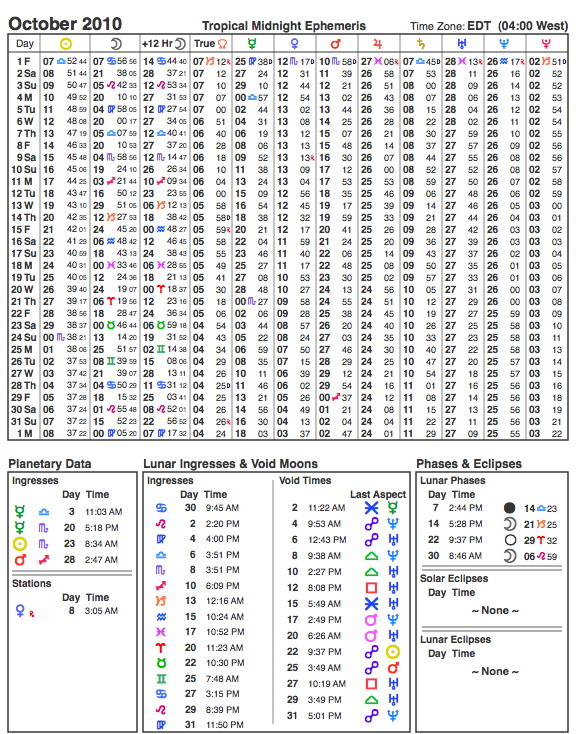 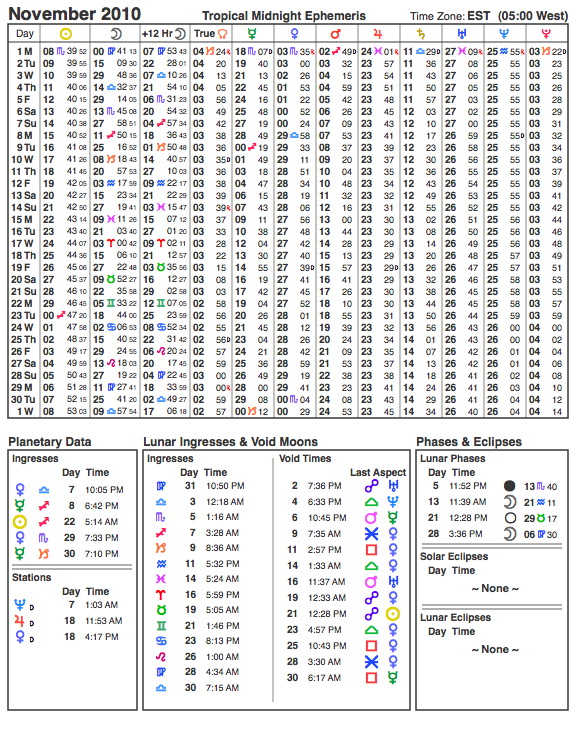 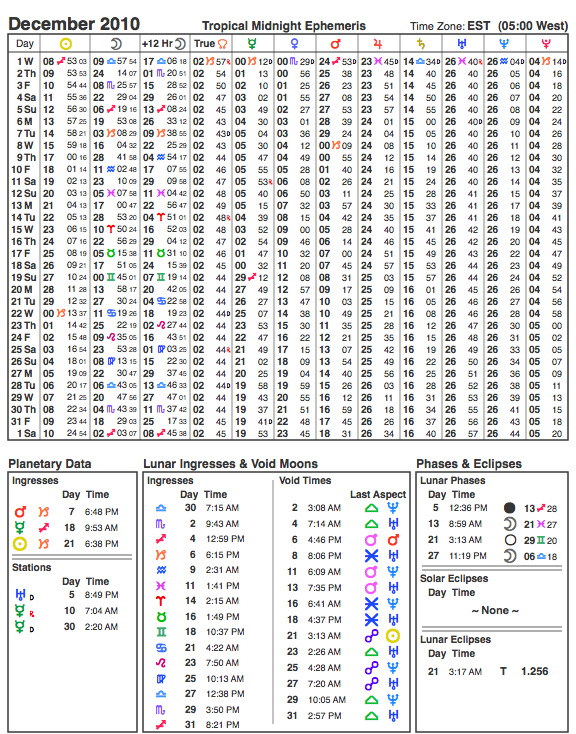 An ephemeris helps us see planetary positions by sign and degree as they advance day to day (or month to month if it’s in a monthly format). Tables such as these are invaluable for understanding planetary trends and cycles, even though we largely no longer rely on them to create charts.