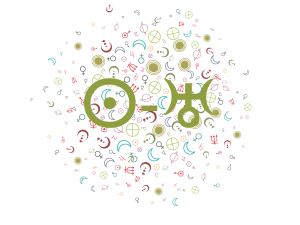 It is natural for those born under the Sun conjunct Uranus aspect to question tradition. These are individualists. They naturally rebel against that which is established. It doesn’t mean that they consistently break all the rules, but they definitely do question some of the rules, especially those that simply don’t make much sense to them. These people have a huge distaste for routine. They work best when they have some say as to when and how they get things done.

Sun conjunct Uranus people possess much self-integrity. They prefer to answer to no one except themselves. They avoid labeling people and are most offended when others attempt to label or stereotype them. Although progressive, they can be maddeningly stubborn at times. They do enjoy a certain level of excitement in their lives, and they do accept change as exciting, and they do appear to be quite open-minded–yet on a personal level, they can stubbornly stick to their ideas and they will resent anyone who tries to push them into doing something they really don’t want to do.

The Sun, as the ego, meets Uranus, the reformer. The result is a person whose identity rides strongly on being unique. Compare them to someone else, and these apparently open-minded, freedom-loving people can quickly turn livid. This is when these “free spirits” redefine the word temperamental. There, you’ve done it–you’ve found their weak spot. If you place them in a class of their own, on the other hand, they’re happy as can be.

These people are inventive, creative, and spirited. They perhaps appear more flexible than they are. On paper, at least, they are open-minded. If things get too personal, however, they can be difficult to deal with. This is largely due to the fact that they cling very tightly to their personal space and their personal sense of freedom. Anything that seems to threaten their individuality pulls up resistance in these people.

Sun conjunct Uranus people are refreshingly honest, highly independent, intuitive, and somewhat erratic or inconsistent. They are often described as quirky, and they are nothing if not interesting.

The ego is quite large when the Sun is square or opposite Uranus. This is largely due to the fact that these people’s very identities ride on their sense of personal freedom. It can be quite a challenge to get them to do what they don’t want to do, simply because they see any attempts to push them in a certain direction as threatening their freedom. These are very dynamic individuals who question tradition and authority, yet, paradoxically, are quite set in their own ways.

These people have a love-hate relationship with their own uniqueness. Much of the time they are very proud of their original personalities. Other times, they feel a bit left out for being “different”. Although they are humanitarian in many ways, they can be a little brusque when it comes to sentimentality or what they perceive to be excessive attachment to the past or to tradition.

When the Sun and Uranus form a challenging aspect, there can be a lot of nervous energy and defensiveness. It can be difficult to hold a 9 to 5 job or to develop steady routines. They work best when they can manage their own schedules. They work in spurts. When they are hit with creative inspiration, they are capable of tremendous effort.

However, they can be quite temperamental, and it is very hard for them to pour their hearts and souls into something that they don’t “feel” for at the moment. They don’t like superficiality or pretense, which is an admirable trait. However, their disdain for pretense can be problematic in a world where people are expected to perform whether they are inspired or not! I have a daughter who has the Sun in challenging aspect to Uranus, and there was quite an adjustment period when she entered first grade–a time when kids begin to truly experience structure. When the children in her gym class were told to dance, she simply stood there, immobile. When asked why she was not dancing, she replied, “But I don’t feel the dance inside of me, so how can I dance?” Sun-Uranus people don’t always feel like they “fit in” with the rules and structures of society.

However, those that recognize the need to conform at least some of the time may be able to channel their high levels of intuition, inventiveness, and spiritedness into creative endeavors or important causes. They might find that they encounter much less resistance in day-to-day life this way.

It is easy and natural for those born under a harmonious aspect between the Sun and Uranus to embrace new ways of doing things, to stick up for the underdog, and to express themselves in unique and inspiring ways. These people don’t have to try to stand out as unique–they are original, creative, and progressive without trying. Although these people question rules and traditions if they don’t seem to make sense to them, they don’t view them as threatening their personal sense of freedom.

These individuals are far from pretentious. They value honesty and truth, and they avoid putting on airs. They believe in the equality of people, and easily relate to people from all walks of life. There is an unmistakable enthusiasm about life, and generally the life is interesting because the natives invite unusual or adventurous experiences into their lives. They are generally appreciated by others because they are open-minded, fair, and not judgmental. Nothing really seems to faze them! They take things in stride, and are rarely shocked or taken aback by human behavior. If you are holding onto something that you keep to yourself for fear that if you talk about it, someone will think you’re strange, you can safely turn to a Sun-Uranus person. They probably won’t blink, and they’ll make you feel quite alright about it.

The trine aspect is the more dynamic of the two harmonious aspects. Those with the sextile can call upon their intuitive faculties when needed, and those with the trine between the Sun and Uranus have incorporated the traits of the aspect into their personalities, expressing them naturally and consistently.