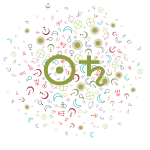 This is a rather sober aspect. Those born under a Sun conjunct Saturn aspect, in their youth, are humbled in some way such that they do not feel free to express their will in an outgoing and direct manner.

As children, their expressions of their ego were thwarted, which led to some self-consciousness regarding self-expression. They were painfully aware that what they wanted, they didn’t always get. As adults, they do not feel comfortable as the center of attention. For whatever reason, people with this aspect in their natal charts feel the need to control their impulses. It is easy for them to assume responsibility for more than most.

Eventually, Sun-Saturn people carve their own identity. There is a strong need to be recognized as accomplished, but some fear of the spotlight at the same time. These people can be hard on themselves, as they aim to achieve perhaps more than most. The face of Saturn is generally serious, but Sun-Saturn people can also have a hilariously sarcastic sense of humor.

They are not the types to jump up and down, dramatize, or let loose. They wouldn’t be described as “bubbly” or enthusiastic. Generally, they come across as somewhat skeptical and pessimistic, cautious, and slightly reserved. There is a distinct streak of the conservative in these people.

Some are rigid and strict, expecting others to live up to their high standards. However, most people with this aspect are simply very aware that life has its limitations. They are not afraid of responsibility, and probably take on more than their fair share of it. The best thing about this aspect is that the serious and reserved expression characteristic of their youth gradually relaxes with time and with age. Sun-Saturn people loosen up with maturity.

Sun square or opposition Saturn
Those people born under a challenging aspect between the Sun and Saturn face a fair number of challenges in their lives, especially in the first half of life, in which their attempts to express their will are thwarted. There can be a persistent feeling that they don’t get what they want more often than other people around them. They can feel unlucky. Attempts to control their environment, and sometimes others, may be frequent.

These people fear their own feelings of inadequacy! They want to be considered accomplished and important people, and when they face obstacles, they don’t always want to believe that they are their own worst enemy. They long to be considered important in the eyes of the world, yet they harbor fear of success at the same time. They take failures and minor setbacks to heart, and some practically beat themselves up over them.

Self-awareness to the point of real self-consciousness is characteristic of Sun-Saturn challenging aspects. The truth is, nobody holds a microscope over them, except for themselves. A little setback or a faux pas needn’t be analyzed to death. Fingers needn’t be pointed. No, they didn’t make a spectacle of themselves when they made a mistake. They need to stop worrying about always being right, or appearing suave and accomplished. When they ease the pressure they put on themselves, they find that they don’t face as many brick walls. It is very much about what they feel they deserve. Deep down inside, if they let themselves truly believe that they deserve happiness and peace of mind, they will find it.

When Saturn is closely connected to a personal planet, there is usually an effect of censoring going on with whatever is ruled by the planet it joins by aspect. For example, with the Moon, which rules emotions, the natives feel the need to censor their emotions and feelings, scanning them for what is thought to be frivolous. With Saturn and the Sun, there is much self-censoring going on. “I shouldn’t..” is a common censoring mechanism with these people. They feel they shouldn’t want too much. When they express egotism of any form, some part of them feels guilty.

As the Sun rules our conscious mind, it does enough censoring on its own. It is the “adult” within us. Saturn, on the other hand, is more like the “parent” within us. We need parents to guide us when we are children, and to some degree as adults, but for the most part, we don’t need to be censored indefinitely–something that seems to be the case with Saturn-Sun hard aspects, except that the censoring and parenting is coming from within.

Ideally, these people eventually learn that the standards they set for themselves are too high, and that may be the reason they seem to hit brick walls. They recognize that many of the restrictions they face in life are often self-created, born of a defeatist attitude. They should be aware of the tendency to choose the hardest paths to travel and/or to deny themselves some of life’s pleasures. Working on recognizing and managing these tendencies will help them to avoid the pitfalls of this combination. These people have a sarcastic sense of humor, a keen intelligence, and the ability to apply caution and strategy. The vitality may suffer, and troubles with the bones, teeth, and circulation may surface.

Sun sextile or trine Saturn
It is easy and natural for those born under a harmonious aspect between the Sun and Saturn to accept responsibilities, to lead a rather ordered life, and to apply caution in their financial and business dealings. They rarely jump to conclusions or take uneducated risks. They have a certain amount of patience and enough self-discipline to slowly but surely achieve what they set out to do. Although somewhat undemonstrative, they are generally loyal and responsible people to those they care about.

These are not the quickest-moving people around-they take their time and generally use a step-by-step approach to most projects–but they steadily reach their goals. Sun sextile and trine Saturn people are naturally trustworthy, and they don’t have much patience for those who don’t show respect for others, who take foolish risks, and who lead disorganized lives. With the trine, all of these traits come naturally. With the sextile, these traits are available when they are needed.