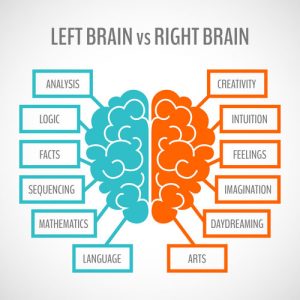 Marc Edmund Jones put forth a theory about “mental chemistry” that divides people into one of four groups. This is a highly useful tool for understanding how people process information, and is explained here.

You will need to know 2 things: the speed of the Moon on the day of birth (whether it is fast or slow), and the position of Mercury relative to the Sun.

It’s relatively easy to find the motion of the Moon on a birth date if you have an ephemeris. Simply take the difference between the longitude of the Moon from midnight to midnight on the day of birth and compare it to the average. A computer printout of a wheel generally shows the Moon’s speed (and the speed of other planets) on the day of birth.

Mercury’s Position Relative to the Sun

Two types are Balanced, a third is Anxious, and a fourth is Deliberate. A distinction is made between the two Balanced types of mental chemistry.

Balanced: Mercury behind the Sun and Fast Moon The native has a sharp mind, is observant, and is logical. Observes situations quickly, and then processes this information carefully.

Balanced: Mercury ahead of the Sun and Slow Moon Perception is slow and deliberate, and the mind reacts quickly on these impressions.

Anxious: Mercury ahead of the Sun and Fast Moon The native jumps to conclusions too readily. Very reactive.

Deliberate: Mercury behind the Sun and Slow Moon The native receives and processes information deliberately and slowly.