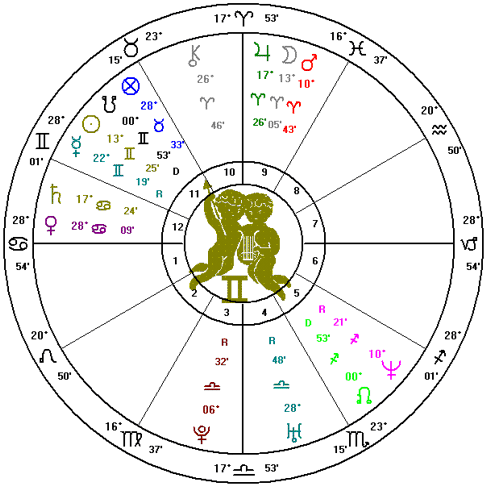 Angelina Jolie has a Mystic Rectangle in her chart, involving the Sun, Moon, Mars, Neptune, and Pluto. The oppositions in this rectangle are Sun opposite Neptune and Moon/Mars opposite Pluto. These oppositions are connected via trines and sextiles: the Sun sextiles the Moon and Mars and trines Pluto. Neptune sextiles Pluto and trines Moon and Mars. Her ability to reinvent herself, something that is characteristic of a person with a Mystic Rectangle in their chart, is especially marked with Pluto and Neptune involved in this aspect pattern. 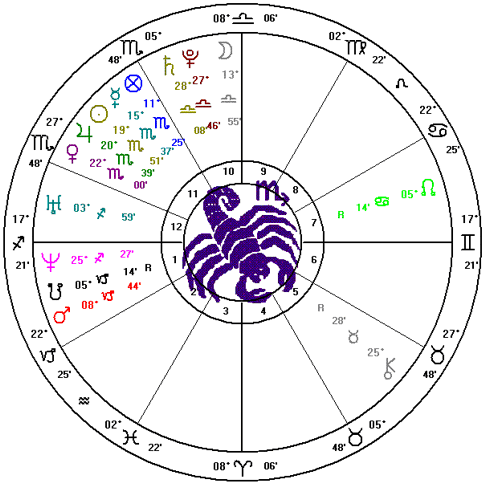 Anne Hathaway has a Stellium in her birth chart, in the sign of Scorpio, and involving four planets: the Sun, Mercury, Venus, and Jupiter. This points to a strong ability to focus. Involving three inner, personal planets, this suggests core elements of Anne’s personality are working together in a concentrated, consistent manner. 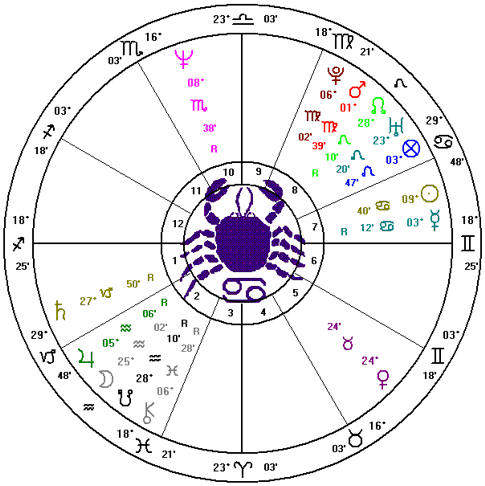 Diana also had a strong T-square aspect in Fixed signs. The opposition in this aspect pattern is the Moon opposite Uranus. Venus is square both the Moon and Uranus, and is the focal planet. This T-square rather perfectly describes Diana’s grace, charm, and compassion combined with her frequent need to go her own way and to experiment with her independence, and also her likeability (Venus) as she struggled with her sometimes very contradictory needs. The ghost leg of the configuration, the unoccupied opposition point to Venus, can be an area through which the native seeks to find a balance, and in Diana’s case, we can clearly see her passionate humanitarian activities in the eleventh house/Scorpio. 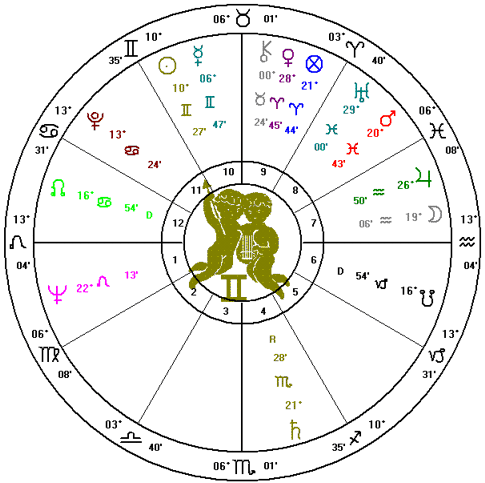 Marilyn Monroe’s natal chart reveals a T-square in Fixed signs, like Diana’s, but involving the Moon and Jupiter in opposition to Neptune. These bodies are squared by the focal planet, Saturn. A T-square sets up a challenge, and a major key to managing the difficult energies of this aspect pattern is the missing part – the unoccupied opposition placement of the focal planet, which is in Marilyn’s case, tenth house Taurus. The focal planet can be a place of overcompensation, so that in Marilyn’s chart, we can see the career and public image, represented by both Saturn and the tenth house, as a place of some level of fulfillment (the tenth house) but also overemphasis and possible downfall (the focal planet, Saturn). Certainly, she was able to seek some relief and stability through her public image and career efforts. However, she may have also felt quite alone hiding behind an image or persona. Hers is a lonely, difficult T-square, but one that may have been resolvable given more time. 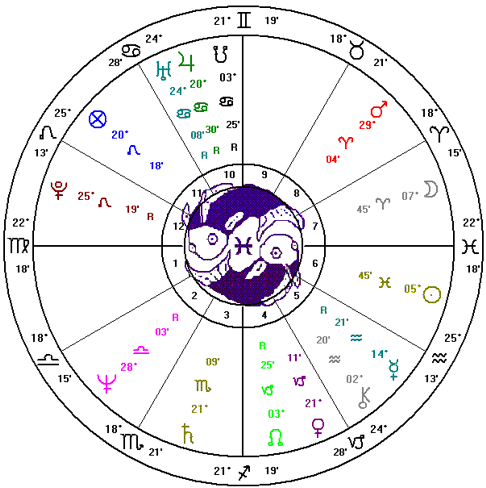 Steve Jobs had a Grand Cross in his chart, which involves two opposition aspects in square to one another. In his natal chart, the oppositions are Mars opposite Neptune and Jupiter-Uranus opposite Venus. Venus squares Mars and Neptune; Jupiter-Uranus also square Mars and Neptune. All of these bodies occur in Cardinal action-oriented signs, further emphasizing the dynamism of the Grand Cross itself. This aspect pattern points to a person who not only dreams, but also gets things done. 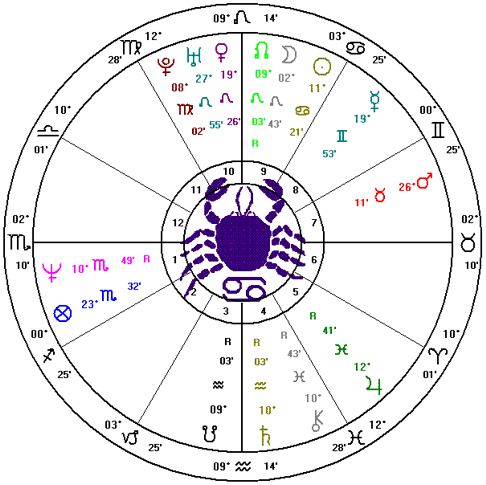 Tom Cruise‘s chart shows a Grand Trine aspect pattern in Water signs and involving the Sun, Neptune, and Jupiter, all in tight aspect to one another. While this is an aspect pattern in and of itself, other bodies connected to the Grand Trine form a Kite aspect pattern: Pluto lies midway between the Sun and Neptune, forming sextiles to both bodies and opposing Jupiter. This configuration points to a sense of mission, but also possibly to some neglect of other areas of life not involved in the Kite formation.