The Transits of Mars through the Signs

Electional Astrology: When Mars is in…. 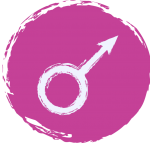 The following short interpretations of Mars in the signs refer to Mars’s sign position at any given time and their possible effects on the population in general. They are best used for electional astrology purposes.

When Mars is in Aries: Mars feels at home in one of the signs that it rules, Aries, and therefore its power is boosted. Our energy is spontaneous, forward-looking, and even courageous under this influence. Our competitive spirit is well-developed, and our goal is to win! We are active, single-minded, and confident. Our actions are direct–we instinctively find the fastest way to get from point A to point B. The shadow side of Mars in Aries is a tendency to be impatient, arrogant, impulsive, short-lived, unreflective, and self-centered.

When Mars is in Taurus, we are determined, stubborn, and resolute. Mars in Taurus can be passive, and is at its strongest when resisting or defending something! In stark contrast to the impulsive Mars in Aries cycle, we tend to pursue our goals by plodding along patiently. Our goal is longevity and long-term satisfaction.

When Mars is in Gemini: In Gemini, Mars is considerably more versatile and flexible–and considerably less determined and focused! Our interests become more diversified, possibly to the point of going off on so many tangents that we are scattered and ineffective.

When Mars is in Cancer: We pursue our interests ardently, but we avoid a direct approach to going after we want. As well, our goals and plans are subject to mood swings and vacillations. We are defensive rather than overtly aggressive. Much of what we do depends on our mood of the moment.

When Mars is in Leo: In Leo, Mars is proud, self-confident, and grand. We are spirited and have grand goals. We go after what we want in a direct, self-assured manner, desiring dramatic results. We prefer not to worry about details, and take the least complicated route to our goals. The sex drive is strong, and passion for life is high.

When Mars is in Virgo: In Virgo, Mars is somewhat of a workhorse. We have a passion for details, as well as a need to do the right thing at just the right time under this influence. The satisfaction of a job well done is one of your greatest incentives now. We are more precise and concerned about performance.

When Mars is in Libra: We tend to use our charm as a means to an end under the influence of this cycle. Because we can see many different sides to an issue, we can be vacillating and indecisive about how to act. We don’t want to be the “bad guy”, and rarely resort to force. Instead, we attempt to win arguments with style. We are indirect in approach and inclined towards engaging in mental debates, yet we also attempt to make the opposition comfortable! Passive-aggressiveness is the shadow side of this energy.

When Mars is in Scorpio: In Scorpio, Mars is driven and focused on getting what it wants. We are persevering, single-minded, and strong. The desire to experience our emotional depths, as well as the urge to penetrate the surface of life in order to explore deeper levels of existence, is powerful. We are fascinated with what others tend to repress, and are drawn to experiencing and understanding these things. We are less inclined to avoid important issues now. In some ways, we are attracted to crisis, as we see crisis as transformative and emotionally exciting. We would rather feel extreme emotions than nothing at all, as mediocrity or the “middle road” is felt to be unsatisfying.

When Mars is in Sagittarius: With a Sagittarius Mars, our actions are motivated by our ideals. We are bothered by routine, quickly becoming restless if we feel confined. We have a love of adventure, and of conquest–this is the position of wanderlust. We start projects or challenges with gusto, although we may tend to abandon them rather quickly. This may be because we set our sights too high!

When Mars is in Aquarius: Dynamic yet erratic energy levels, achieving our goals through hit or miss tactics, and impersonal expression of anger are characteristics of Mars in Aquarius. We are team players–cooperative and less concerned about personal power. We are attracted to unconventional methods, and tend to approach problems from an intellectual, detached perspective.

When Mars is in Pisces: We tend to feel less motivated to go after traditional goals, and more motivated to pursue spiritual or emotional drives during this cycle. We dislike confrontation during this trend. Our output is variable rather than straightforward, and our energy is similarly up and down. We may put others’ needs ahead of our own, and our more idealistic side comes to the fore. During this cycle, going after what we want becomes less straightforward and more complicated!

Back to This Month’s Planetary Aspects

Back to This Week in Astrology

When the Moon is in…Transits of the Moon through the Signs.

When Mercury is in….Transits of Mercury through the Signs.

When the Sun is in….Transits of the Sun through the Signs.

When Venus is in….Transits of Venus through the Signs.

This Week in Astrology