Full Moons and the Astrology of Relationships

Full Moons and Relationships in Astrology

Full Moons are strongly linked to relationships, romance, and passion. They are also linked to lunacy!

Full Moons occur when the ecliptic longitudes of the Sun and Moon differ by 180 degrees, or when the Sun opposes the Moon, every 29 or 30 days. 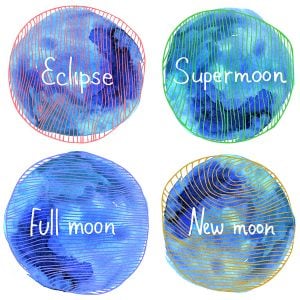 People born under a Full Moon are generally very “you-me” oriented–drawn to partnerships almost as if to play out their own inner drama.

A long time ago, I read an astrology book (and I can’t remember which one) that stated that there are more people than average with Full Moons in their natal charts whose parents divorced. While this is not necessarily always the case, experience has shown me that people born under a Full Moon perceive their parents to have very different (opposite) personalities and/or their parents gave them two distinctly different (opposite) messages growing up. Whether or not this was the case literally speaking, this is how the Full Moon person perceived the situation, and generally grew up struggling with two different “scripts.”

Indecision is often a problem. Projection is often a problem as well. Guilt can be a big issue. Feedback that I have received, with my Virgo Sun in opposition to my Pisces Moon, has been on the lines of “I am never sure who I am going to meet”, but only from people who know me intimately. It should be noted that Full Moon people are rarely dramatic in the expression of these two different natures, likely because opposite signs do share common ground. These “opposite” signs, unlike side-by-side signs or signs in quincunx, share the same mode (cardinal, fixed, mutable) and masculine/feminine nature. Generally the struggle is expressed mostly on the inside and with close partners.

Those born under a Full Moon are learning about themselves through their close partnerships, and they need partners who want to be part of that process. If you’re the type of person who prefers to let things be, a Full Moon person might drive you a little nuts! They are very sensitive to fluctuations and potential conflicts in their relationships.

It’s not that they are conflict-oriented exactly–in fact, their ultimate goal is to make peace–but they are constantly trying to find a healthy balance. It’s a very Libran type of energy. In fact, people born under Full Moons, even in the absence of any planets positioned in Libra, possess distinctly Libran traits in both their attraction to (or dependence upon) partnerships and their sensitivity to imbalance. Full Moon babies are negotiators and go-betweens.

People born under a Full Moon generally have a hard time deciding what it is they really want and need. Needless to say, it can be very challenging for their partners to know how to satisfy them! However, the positive side to the story is that Full Moon babies are generally very accommodating and willing to try to make things work. (And they’re usually a lot of fun!) 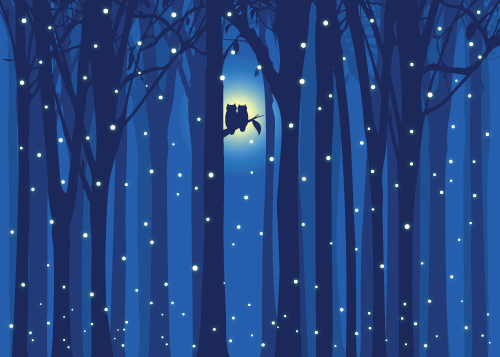 Couples who met under a Full Moon often describe their first meeting as surprising in some way, whether it’s because of the speed of things, or the feelings they had for each other took them by surprise. An example is a woman who always took things slowly with a new boyfriend, who surprised herself by sleeping with a guy on a first date under a Full Moon.

It is said that meeting shortly after a Full Moon is better for second marriages or “eyes wide open” relationships–when the people involved have had failed relationships and are looking for something more mature. [It’s generally considered better to begin a long-term relationship or to get married before a Full Moon–in the period from the New Moon to Full Moon. This is because Full Moons are symbolic of a culmination rather than the new beginning symbolized by a New Moon.]

Sun opposition Moon in Synastry: When one person’s Sun opposes their partner’s Moon, the attraction is usually strong. Over time, there can be a real tug of war going on between these two. Both parties must consciously work on avoiding putting each other in a position where they feel the need to defend their habits, opinions, and individual identities. Much energy can be wasted in little battles that are generally a reflection of each person’s inner battles. Competitiveness may be stimulating for awhile, but it can also be very draining, especially if the individuals share a lot of time and space with each other. At worst, it’s a “keeping score” or “tit for tat” relationship with serious co-dependent themes. At best, it’s a relationship that keeps each person highly stimulated–an ongoing learning experience. The ties to each other are usually very powerful.

Sun opposition Moon in the Composite Chart: The differences between two people with this composite chart aspect are at once energizing and challenging. There is an intense sense of polarity between them. There may be frequent separations or conflicts, but a strong pull towards togetherness as well. It’s often a “can’t live with you, can’t live without you” type of setup. This is a binding partnership that involves much give and take and plenty to learn from each other. 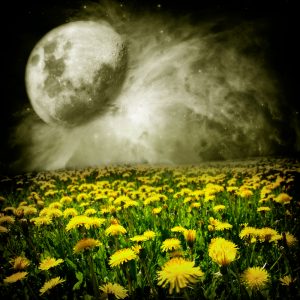 Full Moons pull up all sorts of buried emotions, especially when they activate sensitive points in our charts. Events occur that, at first, seem surprising. Later and in retrospect, they aren’t quite as surprising, simply because what surfaces at the Full Moon is something that has already been brewing. If you look back on your relationships, chances are pretty good that the first time someone said “I love you”, a sudden breakup or argument that seemed to come from out of the blue, surprising revelations or discoveries, and especially memorable and intimate shared moments occurred in the 24 hours on either side of a Full Moon. These don’t happen every 29-30 days, but often when the Full Moon triggers a sensitive point in either person’s natal chart.