You’ll probably find the first half of 2005 to be quite different from the second, Virgo. During winter and spring, you’ll be thinking over money matters, and trying to get things settled. In summer and fall, you may feel the need to hibernate for a while to get your energy level back to where it was before all the excitement started — and these seasons will be exciting, for several reasons.

Still, you’ll have nothing but success when it comes to finances, especially if you’re working with a partner. Jupiter, the benevolent king of the gods, will spend most of the year helping you to make sound financial decisions and choose the right partners. Listen carefully to the advice of elders around the end of January. A relationship will heat up and turn quite passionate around the end of February — and it will stay that way through March.

A pair of eclipses during April will get your spring off to an amazing start — especially when it comes to intimate matters and joint finances. Someone from out of town may also make a rather stunning entrance into your life. Tend to your career responsibilities during May and June, and expect to be rewarded by authority figures as early as June 4th. Secrets and whispers will be on the agenda at the end of June, so expect to be spending some time behind closed doors — but not necessarily alone.

Summer will arrive with the chance to join forces with a whole new group, either for spiritual or metaphysical reasons. You’ll get an awful lot out of their company and their influence, so don’t hesitate to get totally involved. Your birthday will be extra fun this year, thanks to a new Moon and a full Moon, bringing along surprises and lots of fast-paced change.

If you’re in need of the advice of a professional during fall, rest assured that you’ll find someone who can help during October or November. Look around carefully, do your homework and be sure to investigate all your options before you sign on the dotted line. Expect long-distance friends and family to come along during the holidays, making them especially merry. Enjoy! 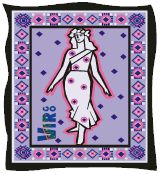 You might fret and worry, but money won’t be a problem for you this year. Work closely with supervisors or long-term clients through January and you’ll meet all your milestones with ease. Work starts to get exciting in February as Jupiter enters the picture, and you’ll find plenty to keep yourself occupied through the end of March.

April brings two eclipses that will mark a close to the latest round of financial struggles. You might also find it a good time to ask about raises and promotions. Toward the end of the month, you might make a valuable connection with someone outside your industry. Big rewards start to roll in for you, starting in early June. By the end of the month, you could find yourself stuck in the middle of a workplace battle, but make sure to give as good as you get.

As the summer slides into focus, you might feel drawn to new volunteer work, or perhaps even a shift in focus for your career as a whole thanks to a wider view of the world. New people in your life might pull you in different directions. The Moon will take an interest in you during late August and September, and probably will step on the accelerator a little as you go through some new and exciting changes.

It might be beneficial for you to seek the advice of a career counselor or coach in the autumn. Friends mean well, but they’re inevitably biased. Your work and/or job search will progress smoothly, but will lack the zing that the early part of the year gave you. There might be a nice holiday surprise waiting for you at the end of this long year.

With the brand-spanking New Year, your urge to find a place for everything and get everything in its place kicks in, especially as you think about realizing your sweet little romantic resolutions. But you’re also well aware that love often refuses to fit into tidy niches, preferring to act gorgeously unruly and surprise you when you least expect it. The end of January and the beginning of February are the perfect time to delve deeper into your personal romantic philosophy — and to realize giving up a little control and keeping your expectations flexible can bring unexpectedly fabulous results.

Watch for someone who perceives your bountiful passion through your external reserve around February 23rd — and watch for things to progress beautifully for the next month. Those already coupled up may find their relationship rather suddenly at an entirely new level. Watch what you say, and double-check email and text message from mid-March to mid-April as your ruling planet, Mercury, goes retrograde, bringing the possibility of your love interest misunderstanding you entirely. But spring showers you with more romance, with April a month of hearts and flowers.

June may bring the kind of affair that has your usually level head up in the clouds — but do keep your practical feet on the ground, as things may not be quite what they seem. The first weekend in July offers clarity (if you’re keeping your eyes and your heart open). The rest of summer gives you opportunities in the realm of romance you can really sink your teeth into — the juicy kind that please both your emotional side and your intellect.

The weekend of September 2nd gets autumn off to a fun and flirtatious start, with both your wit and charm nearly off the charts — and for you, that’s saying something. Watch for more of the same on September 30 and the following days. October or November finds you in your trademark caregiving mode, but you’ll want to make sure the recipient is absolutely worthy of your attentions before moving forward. At Thanksgiving, you’re thanking your lucky romantic stars for where you are now, and the December holidays bring new sparkling joy to your heart.

Back to Yearly Horoscope 2005 Main