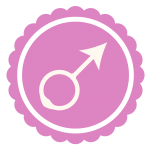 Mars, the God of War, is the ruler of Aries. In astrology, Mars is the planet of energy, action, and desire. It is the survival instinct and can be thought of as the “leftover” animal nature of man.

Mars rules our animal instincts for aggression, anger, and survival. Our sexual desires come under the rule of Mars. Whereas Venus rules romantic attraction, Mars is most associated with basic body attraction. This is the planet of action rather than reaction. With Mars, there is no contemplation before action. The drive associated with Mars differs from that of the Sun in that it is self-assertion rather than the assertion of the will; it is raw energy rather than creative energy.

Mars is the push that gets us out of bed in the morning, our drive and desire nature, and our active energy. When we are “acting out” our Mars, we are assertive, directed, forthright, and adventurous. On the negative side, we can be impulsive, rash, impatient, aggressive, and forceful.

In the chart, the position of Mars by sign shows our basic sexual nature, how we express our anger (our temper), what makes us angry, and our first instinct to act. Our competitive nature is revealed in the nature of Mars’ sign. By house, the position of Mars shows the areas of life where we apply our drive and express our enthusiasm. Planets that Mars contacts are colored with action and self-assertion. These planets can represent the kinds of experiences we seek. 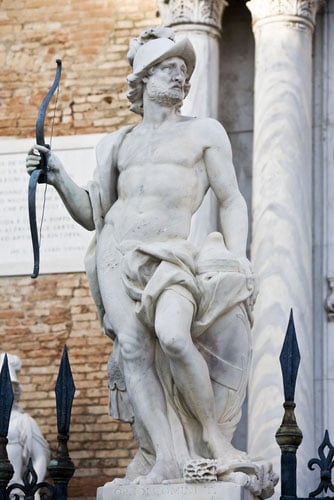 See each position of Mars by sign and house:

Mars in the Signs

Mars in the Houses

The symbol, or glyph, of Mars is widely used as a symbol of the male. It shows the circle of spirit, directed outwards and thrust onto the world, symbolizing direction and assertion.

Mars takes about 2 to 2-1/2 years to transit each sign. Mars is retrograde approximately every 2 years.

Mars is exalted in the sign of Capricorn; the sign of its fall is Cancer (opposite the exalted sign); and Mars is in its detriment in Libra.