How to find Your Ceres, Eros, Psyche, Amor, Erato, Juno, Ophelia, and more positions by Sign

The following are ephemeris positions of several asteroids from 1950-2010.

For situations that are not very clear, click here.

Note that in situations when the asteroids are retrograde (seemingly moving backward), the position is underlined.

We also have a table that lists Eros and Psyche signs for the same dates. It is easier to use for those not familiar with using ephemerides.

Be sure to read our interpretations of Eros in the zodiac signs.

The following are ephemerides that show the sign positions of relationship asteroids, and each covers a decade of birthdates. While each file only covers a decade, please note that they are large PDF files.

What do these Asteroids Mean?

Some excellent sources for more information about the asteroids in astrology are Straight Woo, Elder Mountain, and Martha Lane-Wescott.

How to read these ephemerides:

First, refer to the sign symbols if you don’t know them:

If we want to know the sign positions of the love asteroids for the birthdate of January 5th, 1966, we would find the correct month, pictured above, and examine the positions of each asteroid on January 5th and the following day, January 6th.

While most entries are like the Ceres one where both days show the same sign (Pisces in this case), sometimes you’ll see two different ones, as is the case with Juno. Juno was in Aquarius at midnight in the Eastern time zone on January 5th, and then Pisces at midnight on January 6th. This means the person born on January 5th has either their Juno in Aquarius or Pisces.

The remainder of the positions are straightforward. In blue, you see that Eros was between 0 Aries 25 and 1 Aries o4 on January 5th, 1966, in the Eastern time zone. As such, anyone born on January 5th, 1966, at least in the Eastern time zone, has Eros in Aries. Sappho is in Aquarius, Psyche is in Gemini (and is retrograde since it’s underlined), Vesta is in Cancer, Chiron is in Pisces, Ophelia is in Leo (and retrograde), Amor is in Aries, Astarte is in Pisces, and Erato is in Aries.

These ephemerides are made with a custom set using the excellent and highly recommended Sirius 3 software.

Wednesday, OCTOBER 28 The Moon continues its transit of Pisces until it heads into Aries at 4:45 AM EDT. The Aries Moon can feel like a fresh

The Moon continues its transit of Pisces until it heads into Aries at 4:45 AM EDT. The Aries Moon can feel like a fresh start on an emotional level. We could feel motivated to take on a challenge. We begin to crave more action or the excitement of something new. Our energy seems at its peak for new beginnings and innovations, and we’re far less interested in what’s already happened or what others have already done.

The Moon in Aries prefers to be direct and assertive, but a Sun-Chiron quincunx suggests some wavering of confidence. We may doubt our inner guide, and we may face situations that seem to test our vulnerabilities. Some indecision is possible.

The void Moon continues until 4:45 AM EDT when the Moon enters Aries.

Thursday, OCTOBER 29 The Moon spends the day in Aries, aligning with retrograde Mars this afternoon and forming a square to Jupiter tonight. We're motivated and ready

The Moon spends the day in Aries, aligning with retrograde Mars this afternoon and forming a square to Jupiter tonight. We’re motivated and ready to start fresh, yet easy to distract. Feelings are strong as we wrestle with the desire to attend to personal goals and our more worldly ambitions. Situations seem to pull up unrest, resentment, and buried frustrations. There can be a real desire to master a problem. We should watch for too-quick decisions and actions. As the day advances, we notice and fully appreciate the more unique elements of people, situations, and projects. We’re also drawn to interesting and unusual activities.

Friday, OCTOBER 30 The Moon continues its transit of Aries today, and a desire to start a new chapter is with us. Our feelings and desires are

The Moon continues its transit of Aries today, and a desire to start a new chapter is with us. Our feelings and desires are fiery, immediate, and hard to ignore. We are more impulsive than usual–we tend to want things to happen quickly, and our competitive instincts are strong. The more impatient side of this Moon position is likely to come to the fore as it forms squares to Pluto and Saturn and an opposition to retrograde Mercury. We might face obstacles to our goals, and it may not be easy to communicate well. The Moon enters Taurus at 5:19 PM EDT, and we are more naturally inclined to want to slow down and get our bearings.

The void Moon occurs from 12:12 PM EDT, with the Moon’s last aspect before changing signs (an opposition to Mercury), until the Moon enters Taurus at 5:19 PM EDT.

Saturday, OCTOBER 31 The Sun forms an opposition to Uranus today, and we can encounter resistance from others or within ourselves. Unanticipated events may be part of

The Sun forms an opposition to Uranus today, and we can encounter resistance from others or within ourselves. Unanticipated events may be part of the picture now, mainly through our relationships and the illumination of a different perspective.

This energy is rebellious and touchy, especially if we feel constrained. It’s a yearly influence that can pull up the need to review our appetite for more freedom. The drive to do something new is with us, but we may not have a clear direction or purpose yet, and it’s best to avoid making significant decisions that are hasty.

The Full Moon in Taurus occurs around the same time, and it’s fertile and potent, awakening us to our feelings or a new approach to enjoying ourselves. As it ties into the Sun-Uranus opposition so tightly, there can be surprise or abrupt elements to our epiphanies.

Full Moons always pit opposite signs of the zodiac against each other and invite us to work to balance the opposing energies. The contrast between earthy, practical, peace-loving Taurus and emotional, transformative, crisis-oriented Scorpio comes full bloom now. It’s a passionate and creative Full Moon, ripe with possibilities and learning experiences.

Intimate relationship matters, such as personal comfort levels, sexuality, and values, figure prominently now. There can be a strong urge (or need) to break free from old patterns in our relationships. Our feelings about a lingering problem or matter can become very clear now.

While there can be a tug of war between closeness and independence, we might discover ways to interact while honoring both needs. We may need to deal with distractions and feelings of discontent that can lead us along unexpected tangents.

Disruptions now may lead to a desire to explore motivations and understand meanings. We reach a point of full exposure, especially about autonomy, innovation, and independence. The desire to experience something new, exciting, and bold can figure strongly.

A Sun-Jupiter quintile contributes to a sense of growth, although we should watch for posturing rather than embracing change. We’re also heading toward a Mercury-Saturn square that has a more prolonged influence than usual with Mercury’s upcoming station, and there’s some tendency to worry and bicker.

The Moon spends the day in the earthy, practical, and steady sign of Taurus, but with its alignment to Uranus, we need to approach comfort in new ways. 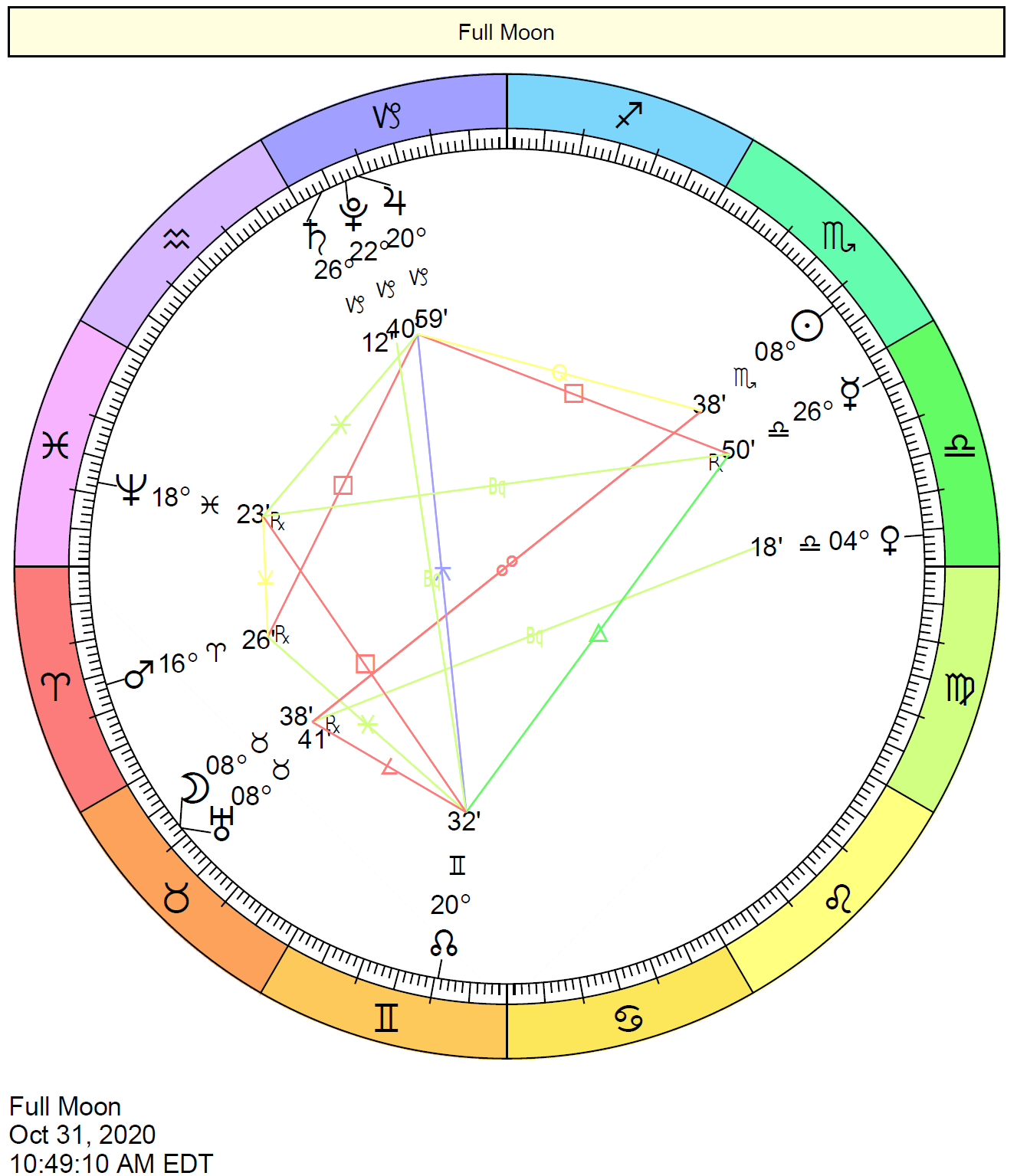 A Full Moon occurs when the Sun in Scorpio forms an opposition to the Moon in Taurus. The Full Moon is a time of culmination and the promise of fulfillment of that which was started at the New Moon. It is an emotional time – a time of romance, fertilization, and relationships.

Full Moons always pit opposite signs of the zodiac against each other. They also invite us to work to achieve a balance between the opposing energies.

The contrast between earthy, practical, peace-loving Taurus and emotional, transformative, crisis-oriented Scorpio comes full bloom. The Moon in Taurus wants us to find emotional fulfillment through the simple, tangible things in life, while the Scorpio Sun draws our attention to complexities, intangibles, and mysteries.

The Full Moon illuminates this conflict between form (Taurus) and transformation (Scorpio), and between collecting (Taurus) and sharing (Scorpio).

This is a passionate and creative Full Moon, ripe with possibilities and learning experiences. Intimate relationship matters, such as personal comfort levels and values and sexuality, figure prominently now.

The Moon aligns very tightly with Uranus at the time of this lunation, adding an element of surprise to our feelings and revelations. The desire to experience something new, exciting, and bold can figure strongly.

There can be a strong urge–or need–to break free from old patterns in our relationships.

This phase of the Moon occurs at 8 degrees and 38 minutes of Taurus, affecting people with personal planets and points at approximately 5 to 13 degrees of the Fixed signs (Taurus, Leo, Scorpio, and Aquarius) most significantly.

Mercury now turns direct at 25° Libra 54′ after a few weeks of retrograde motion.

Mercury is in Scorpio from November 10-December 1, 2020. When Mercury is in Scorpio, our thoughts and communications are more probing and intense. While Mercury in Libra urged us to find balance and to arrive at fair solutions, Mercury in Scorpio instinctively knows that life simply isn’t fair. Mercury in Scorpio seeks truths in all that is hidden and undercover. We tend to probe, observe, and focus our thoughts under this influence. Looking for motivations–the more deeply buried the better–satisfies an intellectual need now. Our thoughts are profound. We throw away superficial manners of communicating in favor of deep conversations. Scorpio is extremely sharp, profound, and analytical. Thinking is inclined to be one-track minded, focused, and even obsessive. 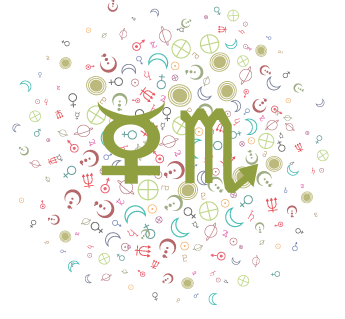 With this longer-term aspect, an increased need for shared interests with others, as well as for adventurous or risky undertakings, is with us now as we strive for more personal significance. Benefits may come now through those in authority or the government. It can be a time of personal growth and expansion. This can be an ambitious time when a desire for success is especially strong. The ability to sway or persuade can be enhanced.

One of the most positive uses of this transit is a drive to better ourselves. We might solve a problem that has been in existence for some time, or capitalize upon a resource that was previously hidden. Social or material goals may come into strong focus, and reform could figure now. Our faith may be reborn or developed strongly now. We might decide to invest our time and energy (and possibly money) into an ambitious new project. We should take advantage of the increased drive this transit brings, but avoid tendencies towards self-righteousness, exaggeration, and obsession. This transit generally favors big business, the law, grants, taxes, education, and commerce. Increased influence, faith, and insight are likely now. 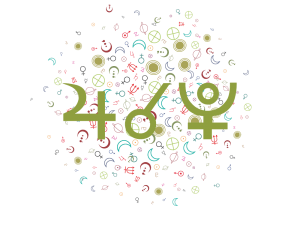 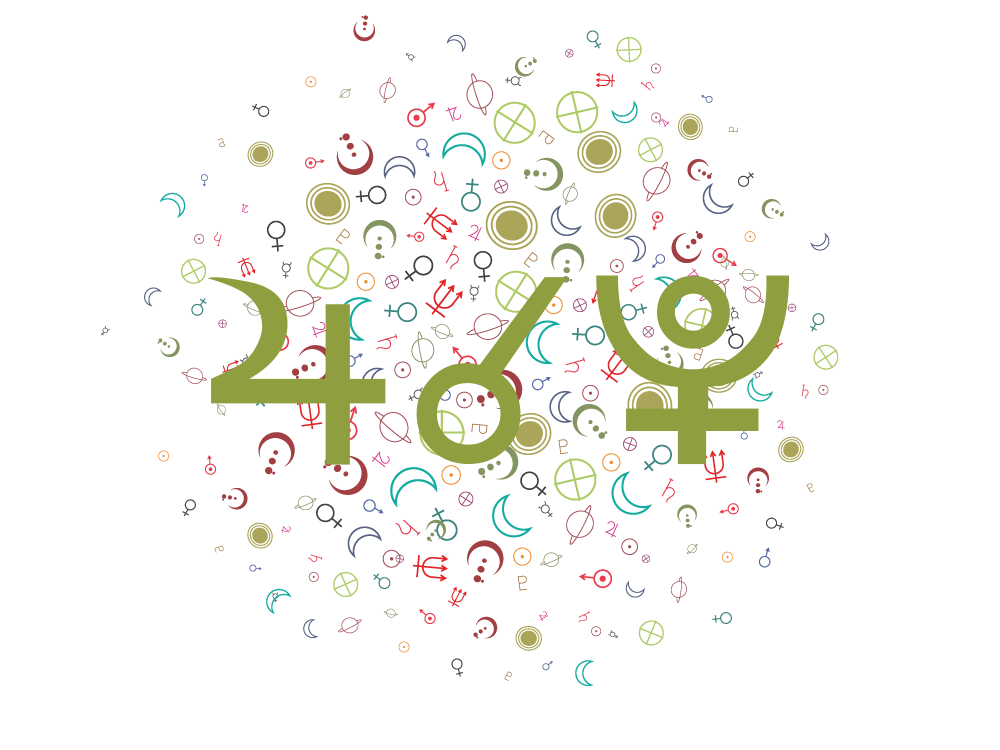 Mars now turns direct at 15° Aries 14' after over two months of retrograde motion.   Mars Retrograde Cycle from September 9 to November 13, 2020:

Mars now turns direct at 15° Aries 14′ after over two months of retrograde motion.

Mars spent its full retrograde cycle in the sign of Aries. 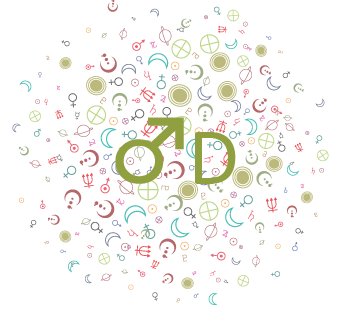