Those of you who practice electional astrology might agree with me that these days have been a little trying regarding finding a “good” date to start something new—anything of real significance, that is. One of the main reasons for me is that Jupiter and Saturn have been in a square, and they will be for a couple more months. Not only that, both Jupiter and Saturn are retrograde. Jupiter’s retrograde, which began at the beginning of February, and Saturn returning to direct motion near the end of March, will pull them out of orb of the square by the end of April. When Jupiter does go direct on June 5th, Saturn will be inconjunct Pluto. None of these aspects or conditions are ideal for starting a business project. In the meantime, I did notice that tomorrow morning (February 17th, around 11-11:30 AM EST) there is a pleasing configuration under which people might consider initiating something other than a business—something that is artistic or intellectual. Why? The Moon will be in Gemini forming an applying trine to Jupiter in Libra and Venus in Aquarius. Venus is conjunct Neptune in Aquarius. The Moon is applying to an opposition to Pluto, which may not seem fantastic on the surface of things, but I like that there is a challenge to this very dreamy Grand Trine in Air signs. Otherwise, it may be too self-contained, and too passive as well, considering the “players” in the picture (Moon, Venus, and Jupiter) are somewhat passive. The Sun will be in the last degree of Aquarius, which suggests some kind of ending. However, the last applying aspect of the Moon is a trine to that Sun. Jupiter, of course, is still square to Saturn, and Saturn squares the Moon’s Nodes as well. All in all, it remains a challenged election. Nevertheless, I am going to initiate something creative tomorrow. I wouldn’t begin a significant project for some months, but I will try to revive something that I have lost interest in during this upcoming window. I guess I am just tired of waiting for the outer planets, that move far too slowly for me these days (arrgh), to create a happy, pretty picture.

Friday, MAY 14 A Gemini Moon keeps things busy and moving until 9:31 PM EDT. We can be especially curious, spending more time than usual in our

A Gemini Moon keeps things busy and moving until 9:31 PM EDT. We can be especially curious, spending more time than usual in our minds. The Moon in Gemini brings out the chatty in people, as well as a strong desire to keep things stimulating, even if that means hopping from one project to the next. We’re reasonable, logical, and communicative, and we seek contacts and activities that stimulate us and satisfy our need for diversity, variety, and knowledge.

At 9:31 PM, the Moon heads into soulful, protective Cancer. The Moon’s trine to Jupiter, which is newly in the sign of Pisces, boosts our feelings of joy and comfort with the world of emotions.

The void Moon occurs from 6:52 AM EDT, with the Moon’s last aspect before changing signs (a square to Neptune), until the Moon enters Cancer at 9:31 PM EDT.

Mercury doesn't yet turn retrograde, but it enters its pre-retrograde shadow at 16° Gemini 08'. This means that in the coming two weeks before the retrograde period, Mercury will later

Mercury doesn’t yet turn retrograde, but it enters its pre-retrograde shadow at 16° Gemini 08′. This means that in the coming two weeks before the retrograde period, Mercury will later return to the same degrees it traverses now. Reconsidering things may be in order.

Saturday, MAY 15 Mars forms a quincunx to Saturn this morning, pointing to some stop-and-go energy. Attempts to force an issue meet resistance. Sometimes the resistance is

Mars forms a quincunx to Saturn this morning, pointing to some stop-and-go energy. Attempts to force an issue meet resistance. Sometimes the resistance is internal – indecision or fear can hold us back from taking direct action. This transit has a way of stimulating a glass-half-empty perspective. Rules, restrictions, and limits feel heavy and difficult to coordinate or synthesize with our wants and desires. Timing is off as a result, and the need to adjust our plans can become apparent.

The Moon spends the day in the sign of Cancer, and we favor comfort over satisfying our curiosity. We seek familiarity, safety, and quiet. This transit encourages us to center ourselves and let go of overthinking, and it becomes easier as the day advances. Home, family, and familiar settings or situations appeal more than usual.

Sunday, MAY 16 The Moon spends the day in the sign of Cancer, harmonizing with Neptune this evening. We're seeking stronger emotional connections, although we also tend

The Moon spends the day in the sign of Cancer, harmonizing with Neptune this evening. We’re seeking stronger emotional connections, although we also tend to play it safe. It can be helpful to find ways to center ourselves. The Cancer Moon is sensitive, cautious, receptive, and protective. Home or family matters are in stronger focus than usual. We might find creative ways to express and satisfy our increased need for safety. Today is good for respecting our intuition and relaxing rather than pushing forward.

As the day advances, we head toward a semi-square to Chiron and a trine to Pluto. While we can wrestle with some self-doubt, we’re exceptionally resourceful and efficient. It’s a strong time to gravitate towards things, people, and situations that help us succeed or advance our goals. We might enjoy an opportunity to draw upon our past and capitalize on our talents and resources. Shared goals and interests connect us with others. The focus now is on eliminating negative or superficial elements in our lives and going forward with more conviction as a result.

Overview of the Day (Sunday) EDT

Sun enters Gemini Sun is in Gemini from May 20-June 20, 2021. Knowledge and diversity motivate us with the Sun in Gemini. We are more sociable, intellectual, and insatiably curious under this influence. We

Sun is in Gemini from May 20-June 20, 2021. Knowledge and diversity motivate us with the Sun in Gemini. We are more sociable, intellectual, and insatiably curious under this influence. We tend to scatter our energies as a result of this curiosity and awareness of all of our options. We are more communicative and versatile, but we can also be unreliable. 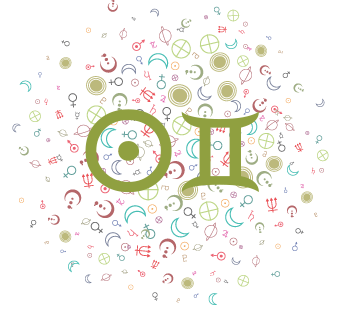 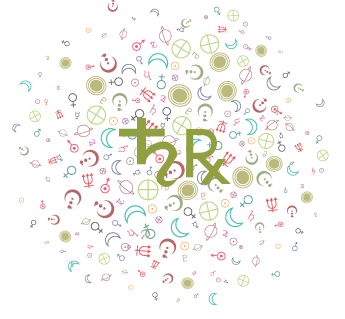 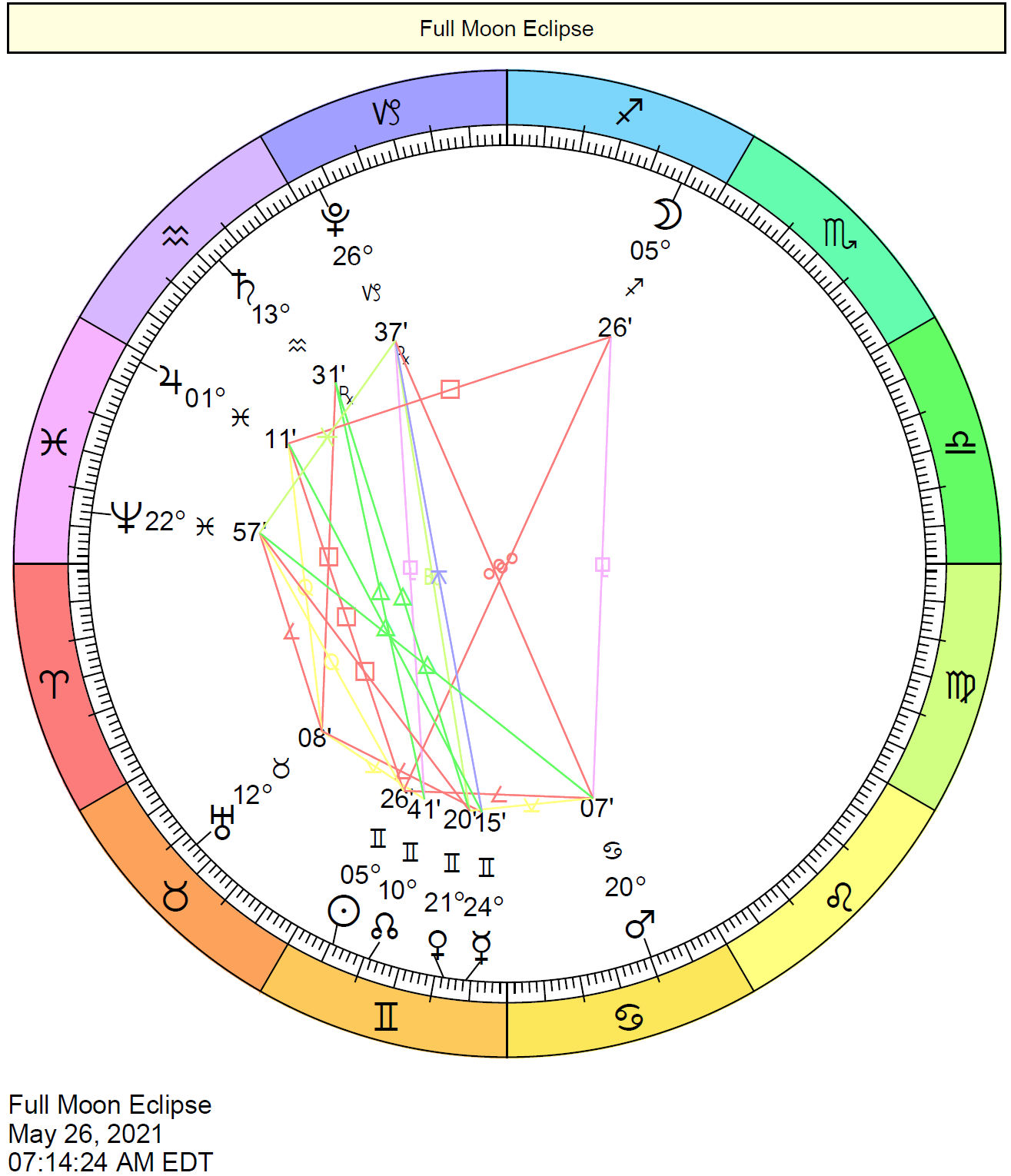 A Full Moon occurs when the Sun in Gemini forms an opposition to the Moon in Sagittarius. The Full Moon is a time of culmination and the promise of fulfillment of that which was started at the New Moon. It is an emotional time – a time of romance, fertilization, and relationships.

Its square to Jupiter speaks to the extravagant nature of this time. There can be exaggeration now, or news and revelations coming in can be blown up and dramatic, but not discountable since they’re based on real feelings.

Venus enters Cancer Venus is in Cancer from June 2-June 27, 2021. In Cancer, Venus is nurturing, protective and self-protective, cautious, and fertile. We experience many emotional ups and downs in love under

Venus is in Cancer from June 2-June 27, 2021. In Cancer, Venus is nurturing, protective and self-protective, cautious, and fertile. We experience many emotional ups and downs in love under this influence due to increased sensitivity and impressionability. We are tender, romantic, and attached. Cancer love is dedicated, warm, and devoted. We show our love through our devotion, care, and concern. We are affectionate and cuddly, and are at our best when we feel safe and secure. 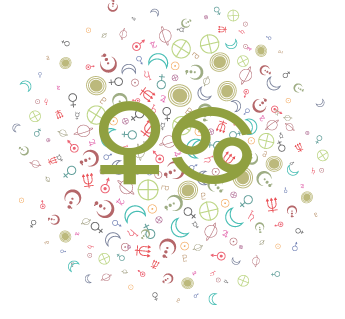