Recently, I received a review copy of a fascinating book, The Astrology of Film. (It’s fantastic, by the way, and a review on CafeAstrology.com is coming soon). Before that, I had stumbled upon an online article written by one of the editors of the book, Bill Streett (he also wrote some of the essays in the book). After finding more of his articles on his web site, I found myself impressed with his research and explorations of the archetypes of planets through pop culture, and his gifted writing ability.
I was initially attracted to his Sun-Uranus article (which is actually only a portion of a larger essay entitled The Astrological Sun and the Outer Planets) for personal reasons, as I have a tight conjunction of Sun and Uranus in my natal chart. When I found his articles about music and astrology, I was floored. In one essay, he explores themes of Moon-Pluto natal combinations through songs by musicians with that combination in their natal charts. I have always been strongly attracted to certain types of music, feeling a tremendous need for it in my life. It sounds melodramatic, but I remember telling more than one person growing up that I don’t just like the music I listen to, I need it—how could I survive without it? The need for the music I listen to feels very basic and primal to me. After I had had a serious accident, for example, family members were trying hard to convince me to stay in the hospital a little longer, but I was adamant that I would heal faster if I could go home and surround myself with the things I was familiar with, including plenty of music. Streett’s article reminded me that it is more than likely the Moon-Pluto aspect in my own chart that makes me feel the need for emotional release through cathartic, evocative, and emotionally powerful music.

Tuesday, MAY 26 Mercury forms a quincunx to Jupiter today, and we might waver, unable to reach a wholly satisfying decision or conclusion. We may overestimate our

Mercury forms a quincunx to Jupiter today, and we might waver, unable to reach a wholly satisfying decision or conclusion. We may overestimate our abilities or underestimate the situation. It may be best to avoid jumping into something without planning, as necessary details are too easy to overlook at the moment. We can be see-sawing between alternatives. Still, with a Sun-Juno trine, we’re in good shape for strengthening and supporting one another, and for building trust in the process. We take greater pride in our relationships or projects, and we’re willing to put more effort into them. The Moon opposes Pluto and then Jupiter, and we can feel some tension due to our drives to perform or the demands of our responsibilities. Otherwise, the Moon is in Cancer all day, encouraging us to check in with our hearts, homes, or families.

The void Moon occurs from 9:06 PM EDT, with the Moon’s last aspect before changing signs (an opposition to Jupiter), until the Moon enters Leo tomorrow, Wednesday, May 27th, at 2:33 AM EDT.

Overview of the Day (Tuesday) EST

Wednesday, MAY 27 The Moon continues its transit of Cancer only until 2:33 AM EDT, after which it transits creative, affectionate Leo. There can be tensions if

The Moon continues its transit of Cancer only until 2:33 AM EDT, after which it transits creative, affectionate Leo. There can be tensions if we feel powerless or overshadowed as Mars and Pluto form a semi-square aspect this morning. We could find it challenging to express ourselves in healthy, direct ways. Our desires can be both intense and difficult to satisfy. Efforts to make changes could be thwarted, or power struggles emerge. This is not an ideal time for straightforward interactions.

As the day advances, with a pending Mercury-Node alignment, learning, teaching, and communicating figure strongly. Valuable contacts can be made with people who share our intellectual interests or who introduce us to new ideas that help us to grow, improve, and expand.

The void Moon period continues until 2:33 AM EDT today when the Moon enters Leo.

Overview of the Day (Wednesday) EST

Thursday, MAY 28 Mercury enters Cancer today and will spend a longer time than usual in the sign--until August 4th. The extended stay is due to an

Mercury enters Cancer today and will spend a longer time than usual in the sign–until August 4th. The extended stay is due to an upcoming retrograde cycle from June 18th to July 12th. When Mercury is in Cancer, we seek quality over quantity with information. We think, speak, and take in information on a deep, intuitive level now. Our emotions color our thoughts more than usual. We communicate with more sensitivity, meaning, and care, and our memory is retentive during this cycle. The Moon spends the day in Leo–a devoted, affectionate, and generous energy. The Moon’s sextile to Venus this morning suggests a spirit of cooperation and harmony.

The void Moon occurs from 9:30 AM EDT, with the Moon’s last aspect before changing signs (a sextile to Venus), until the Moon enters Virgo tomorrow, Friday, May 29th, at 7:40 AM EDT.

Overview of the Day (Thursday) EST

Mercury is in Cancer from May 28-August 4, 2020. When Mercury is in Cancer, we move from the desire for quantity to the need for quality in terms of the information we are attracted to. We think, speak, and take in information on a deeper, more instinctive level now. We have less interest in what is universal, and more interest in what affects us personally and what affects the people around us. Our thoughts are colored by our emotions, so it is more challenging to be objective. 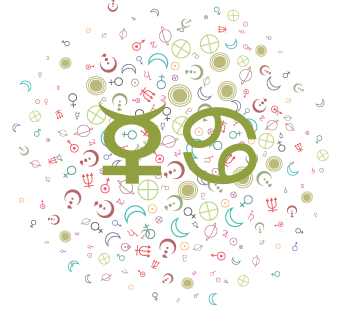 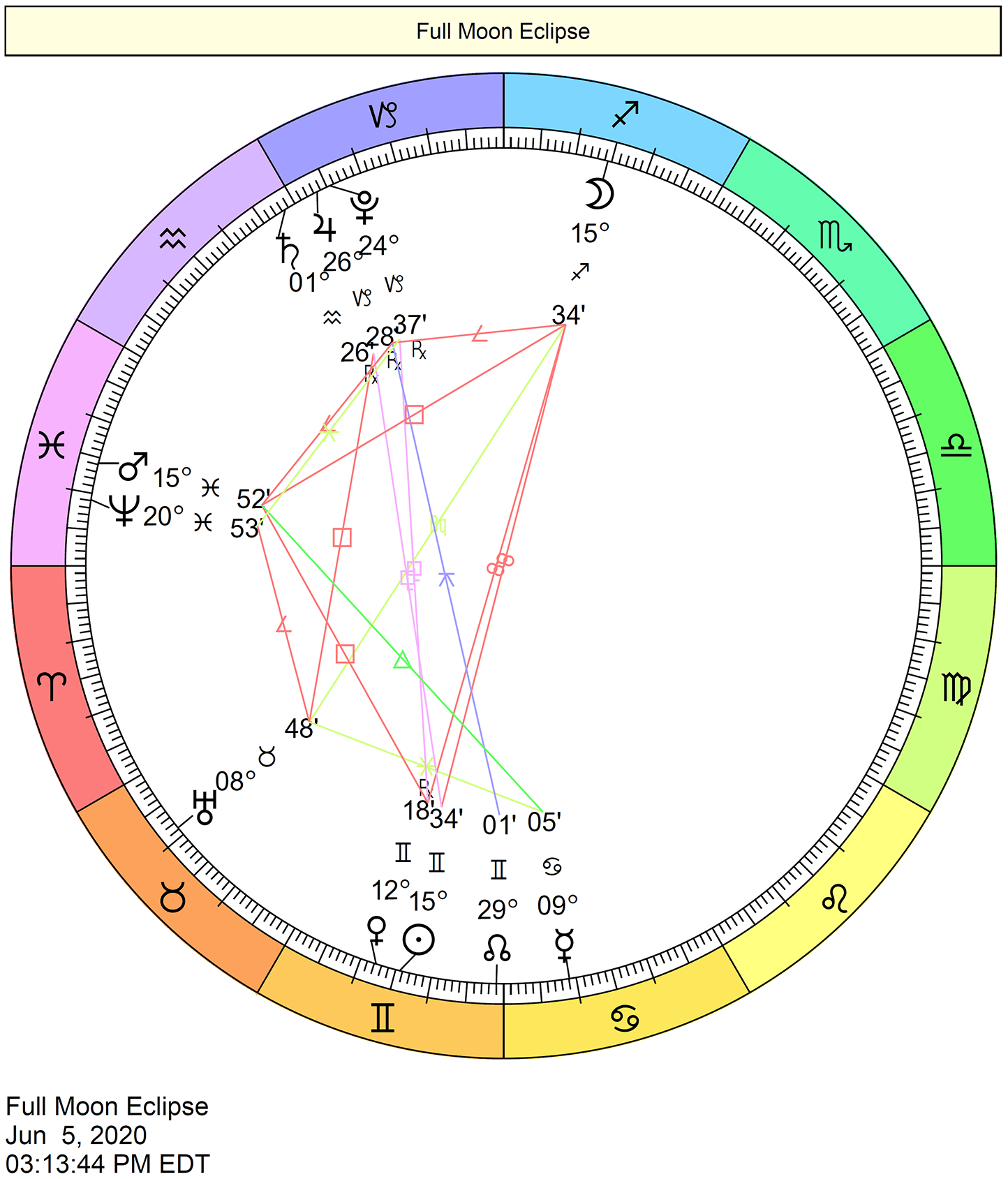 A Full Moon occurs when the Sun in Gemini forms an opposition to the Moon in Sagittarius. The Full Moon is a time of culmination and the promise of fulfillment of that which was started at the New Moon. It is an emotional time – a time of romance, fertilization, and relationships.

This phase of the Moon occurs at 15 degrees and 34 minutes of Sagittarius.

Mercury turns retrograde at 14° Cancer 46′ at 12:59 AM and will be retrograde for over three weeks.

Mercury will be retrograde until July 12th.

Sun enters Cancer Sun is in Cancer from June 20-July 22, 2020. We are self-protective and insular under this influence. Our attention turns to our nest--our families, homes, and anything that makes us feel "at

Sun is in Cancer from June 20-July 22, 2020. We are self-protective and insular under this influence. Our attention turns to our nest–our families, homes, and anything that makes us feel “at home”, safe, and secure. Nurturing and taking care of our loved ones and our pet projects comes into focus. Emotions run deep. We are more susceptible to the ups and downs of the Moon while the Sun is in Cancer. 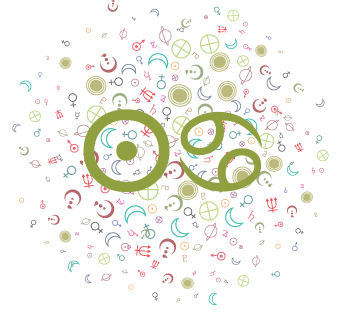 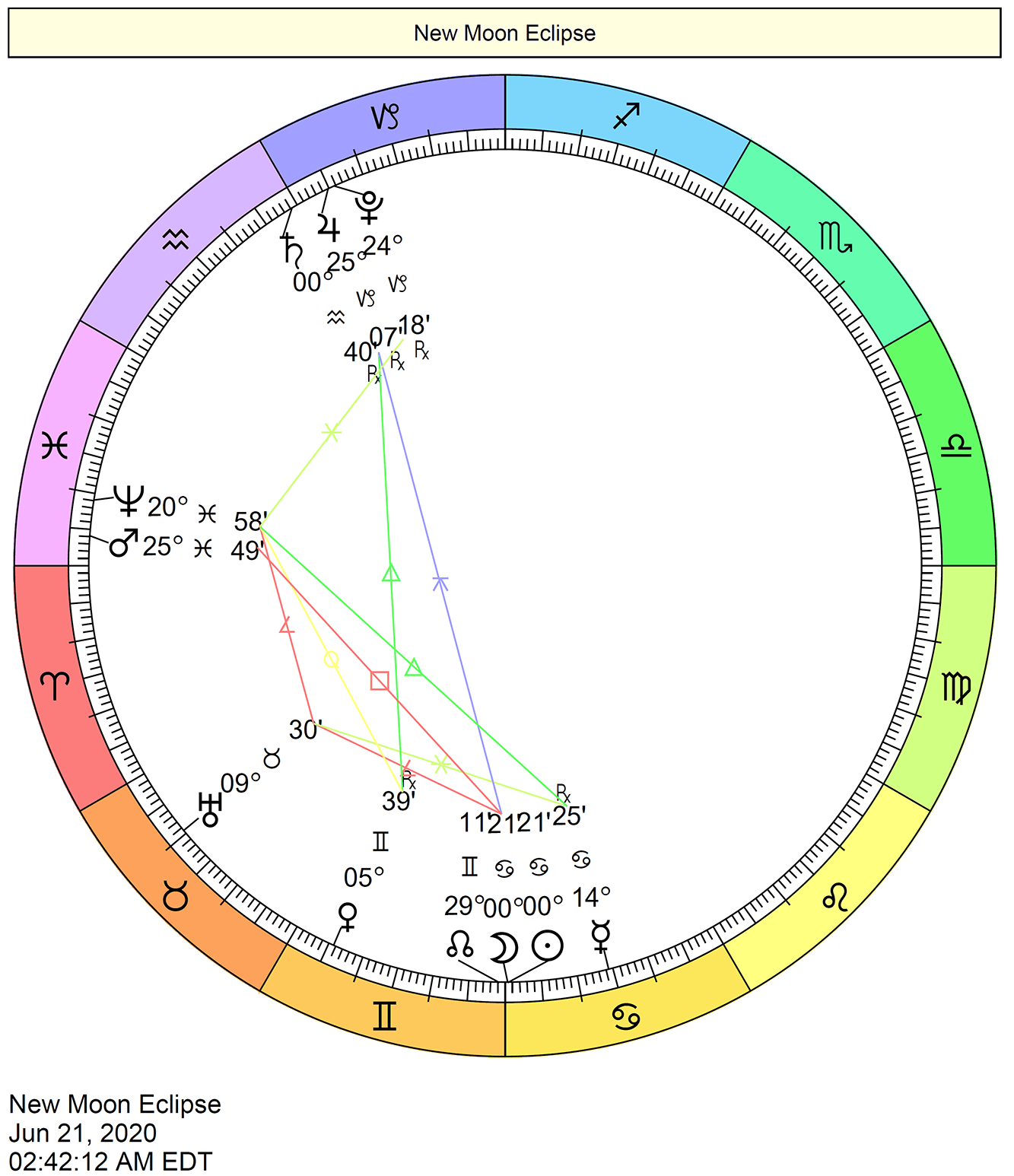 This phase of the Moon occurs at 0 degrees and 21 minutes of Cancer.