Back to The Composite Chart

Houses in the Composite Chart

I find it particularly revealing to look to house placements in order to determine how overt a planet’s energy will be in a relationship. An angular Sun square Moon, for example, will be a dynamic that is more overt in the relationship than if neither planet is close to angles. Angular planets, occupying the 1st, 7th, 4th, and 10th, will be more dynamic and obvious. Those found close to the angles in the 3rd, 9th, 6th, and 12th will be similar in their strength, but slightly more challenging to deal with because they are not quite as blatantpowerful, but working under the surface. Planets in the 6th and 12th, those not close to the angles, can be especially challenging as they are less overt, sometimes unrecognized, and they can act to undermine the relationship because they are not as obvious. Planets found in the 5th and 11th house are generally playful and “easier” than the angular ones (because they are not “in your face”) and easier than planets found behind the angles (because they are not felt as urgent but under the surface). Although the relative position of planets in the 2nd and 8th houses to the angles are similar to the 5th-11th ones, their nature is somewhat more intense. 5th-11th houses are pleasurable in many ways.

The first and seventh houses in the composite chart are dynamic and personal. The energies of the planets in the first house are apparent to others, and they are felt strongly and directly by the couple. The energies represented by the planets found in the first and seventh houses in the composite chart are powerful and dealt with straightforwardly and directly. For example, with the Moon in the first house, the couple copes with daily demands with emotional reactions. The couple takes in the energies of the composite Moon like others take their coffee first thing in the morning. The aspects of the composite Moon will show how effectively they deal with the energies. A heavily posited first house suggests a powerful and active relationship. The individuals involved may feel stronger as a couple than they do on their own. The composite Sun in the first suggests the couple has come together for strength. Venus here, and the couple is demonstrative. Their need to share pleasures with one another is strong. With Mars here, can suggest a relationship that starts off with gusto, one that is very active and even combative, and a highly responsive partnership. Sometimes it indicates a couple whose fights are everyone’s business, and sometimes it suggests a couple who exudes physical and/or sexual energy. With a heavily posited first house, the couple needs to be wary of the fact that many of their relationship issues are out on show, and they should avoid falling into the trap of getting so caught up in their image that they forget what they are really about. With a heavily posited seventh house, the partnership inclines toward being exclusive of others, and the couple may struggle in an effort to become “one”. The individuals may feel incomplete without each other. If challenging, competitiveness can be a real issue, as there is a continual struggle to find a balance.

The second and eighth houses in the composite chart deal with the couple’s ability to share with each otherand to share each other. Issues of commitment and “ownership” are addressed in these houses. These houses, and in particular the eighth house, have to do with power, including the giving away of power. Issues of indebtedness to each other, and how the couple handles finances, are ruled by these houses. A heavily posited eight house suggests a bond built on indebtedness and intimate sharing. When challenged, and if the partnership were to end, untangling the finances, custody issues, and the like, can be a huge struggle. A heavily posited eighth house suggests a partnership that can be rather heavy in responsibility and emotion. The expression “there is a fine line between love and hate” applies here. Strong second house relationships are built on security. They may not be business set-ups, but they can often feel like them. The couple has come together to rely on one another, to feel secure. The composite second house shows how the couple shares their resources. The composite Sun in the second house, for example, can suggest a strong focus on comfort and security.

Friday, APRIL 10 The Moon continues its transit of deep, dark, and intelligent Scorpio until 4:35 PM EDT, after which it moves through truth-seeking, optimistic Sagittarius. The

The Moon continues its transit of deep, dark, and intelligent Scorpio until 4:35 PM EDT, after which it moves through truth-seeking, optimistic Sagittarius. The Scorpio Moon tends to evoke strong feelings and reactions. We pay more attention to our intuition. Venus in Gemini forms a sextile to Chiron today, and we’re especially open to learning from one another. There is a subtle healing power in our words and interactions. This transit softens our disposition and might offer us a chance to boost, heal, or enhance our relationships. We more readily see the beauty in human weaknesses and imperfections. It’s a good transit for building trust in relationships and repairing problem areas. Our judgment of value increases, and this benefits both relationship and financial decisions.

The void Moon occurs from 3:35 PM EDT, with the Moon’s last aspect before changing signs (a trine to Mercury), until the Moon enters Sagittarius at 4:35 PM EDT.

Overview of the Day (Friday) EST

Saturday, APRIL 11 The Moon spends the day in fiery Sagittarius, encouraging us to look forward, and building our enthusiasm. Mercury enters Aries today, and this transit,

The Moon spends the day in fiery Sagittarius, encouraging us to look forward, and building our enthusiasm. Mercury enters Aries today, and this transit, lasting until the 27th, can feel refreshingly decisive and forward-looking. It can certainly be a time when we’re a bit impatient or terse, but it can feel good not to dwell or spend too much time arriving at conclusions in the weeks ahead. During this cycle, we’re less concerned with objective viewpoints and explanations, and more concerned with reaching a decision quickly. We want to pioneer and innovate now, or we want to be the first ones with the idea. It’s a time for speaking more spontaneously and directly with the planet of communication in bold and assertive Aries.

Today, however, Mercury forms a sextile to Saturn, and it’s easier to direct our mental energy into something constructive and practical. This transit helps ground our thinking and expectations. We seek to be mentally prepared, desiring more order and organization in our lives.

Overview of the Day (Saturday) EST

Sunday, APRIL 12 The Moon continues its transit of Sagittarius until 8:06 PM EDT, harmonizing with the Aries Sun this morning. We set our sights high with

The Moon continues its transit of Sagittarius until 8:06 PM EDT, harmonizing with the Aries Sun this morning. We set our sights high with this Moon transit. Optimism is one of the positive traits of this position; neglecting to see the essential details of a plan is a weakness. We’re more outgoing and interested in gaining knowledge and experience, and we’re in an excellent position to cooperate. The Moon enters organized Capricorn at 8:06 PM EDT. Our responsibilities and practical priorities come into sharper focus.

The void Moon occurs from 7:46 AM EDT, with the Moon’s last aspect before changing signs (a trine to the Sun), until the Moon enters Capricorn at 8:06 PM EDT.

Overview of the Day (Sunday) EST

Sun enters Taurus Sun is in Taurus from April 19-May 20, 2020. In Taurus, the Sun is methodical, sensual, and receptive. The Sun in Taurus is most active when it is defending or resisting things!

Sun is in Taurus from April 19-May 20, 2020. In Taurus, the Sun is methodical, sensual, and receptive. The Sun in Taurus is most active when it is defending or resisting things! As the Sun moves through Taurus when plants take root, our determination and security needs are strong. Taurus is loyal to all that is familiar and values longevity. The shadow side of Taurus is possessiveness and bullheadedness. 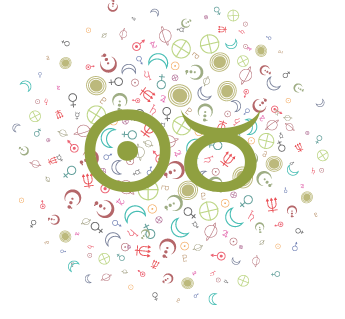 The following is the chart wheel of the Taurus New Moon. 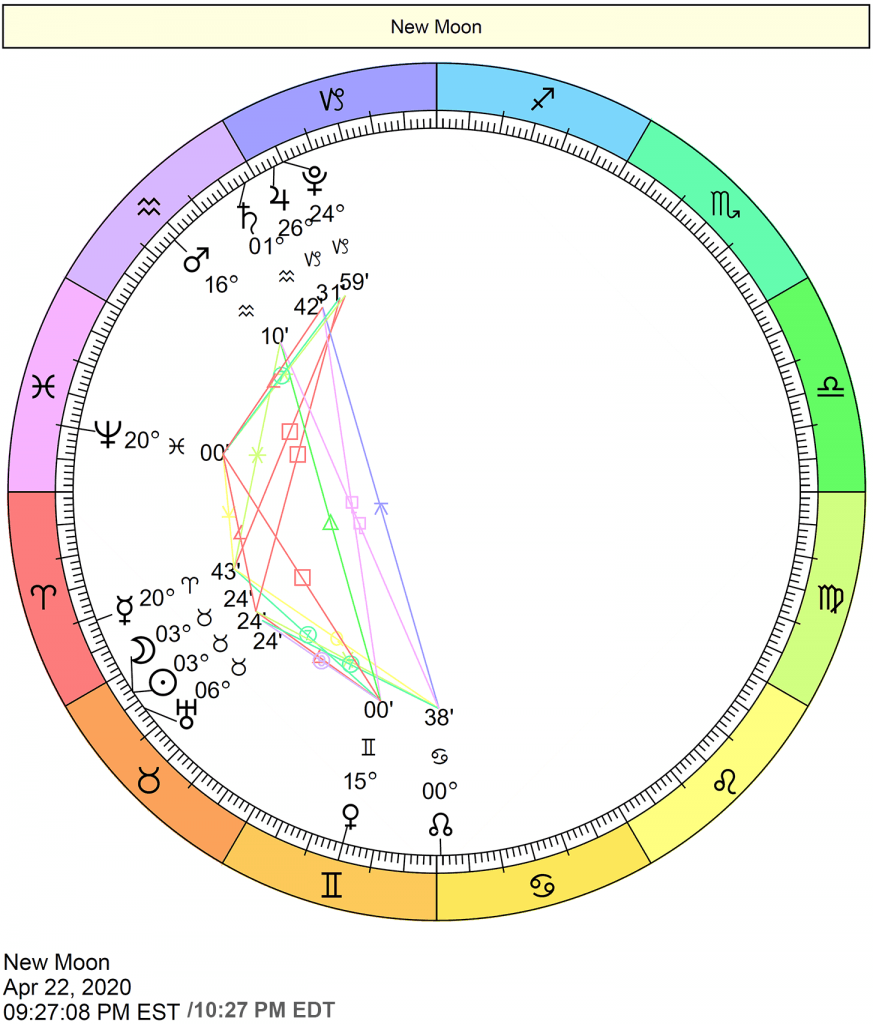 The New Moon in Taurus is a good time to commit to personal goals that express the positive energies of the sign of the Bull. It’s time to enjoy life’s simple and physical pleasures–savor good food and enjoy activities that bring us in touch with nature and with our bodies. It’s time to stop and smell the roses and to become more aware of what makes us feel comfortable and secure. This is a good cycle under which to re-evaluate our relationship to money and possessions and to discover what truly makes us happy and fulfilled.

With this potent Taurus energy, we have the chance to make important changes in our lives. It’s time to make some solid yet realistic plans and to set the stage for reaping the rewards from our new beginnings, as little or big as they may be, in approximately two weeks’ time after the Full Moon occurs.

This phase of the Moon occurs at 3 degrees and 24 minutes of Taurus, affecting people born with personal planets and points at approximately 0 to 7 degrees of the Fixed signs (Taurus, Leo, Scorpio, and Aquarius) and approximately 29 to 30 degrees of the Cardinal signs (Aries, Cancer, Libra, and Capricorn) the most significantly. 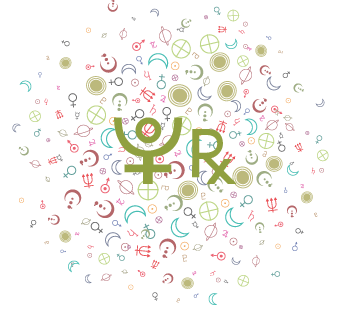 Mercury is in Taurus from April 27-May 11 2020. When Mercury is in Taurus, our thinking is down to earth, solid, and grounded. Common sense reigns over more fanciful thinking. We communicate more deliberately under this influence, and our minds are oriented to the world of the five senses. We prefer the tried and true rather than new ways of thinking. Attention to one thing at a time can simplify our lives, but we may be in danger of narrow, overly conservative, or rigid thinking. 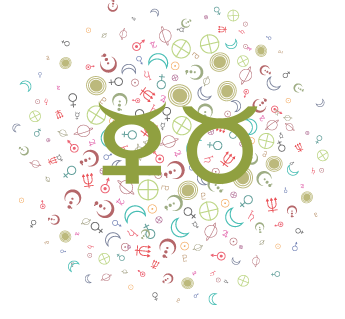 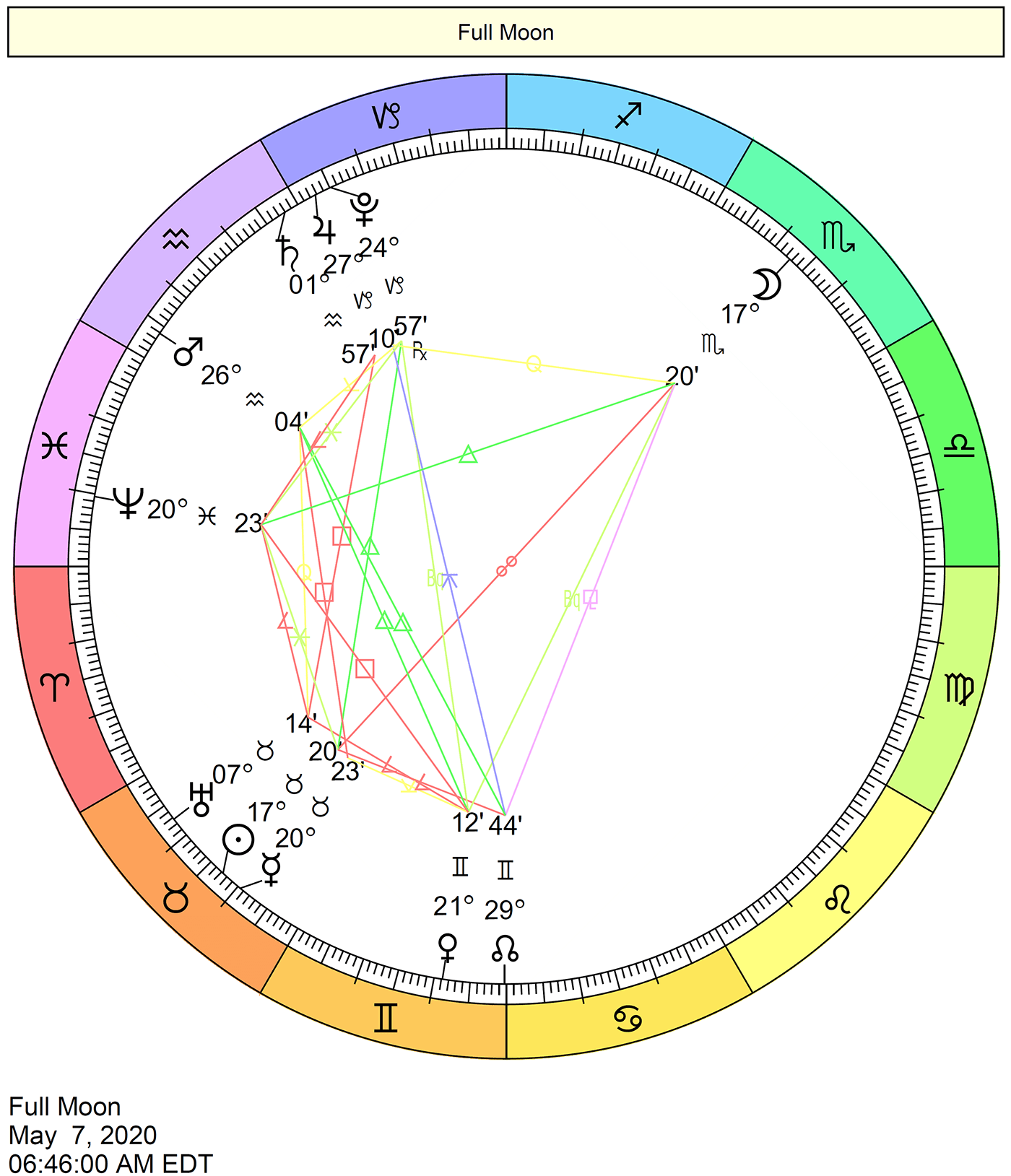 A Full Moon occurs when the Sun in Taurus forms an opposition to the Moon in Scorpio. The Full Moon is a time of culmination and the promise of fulfillment of that which was started at the New Moon. It is an emotional time – a time of romance, fertilization, and relationships.

This phase of the Moon occurs at 17 degrees and 20 minutes of Scorpio.