December 20, 2008
Filed under Astrology of Relationships

Horoscopes for 2009, with a focus on love, sex, relationships, and romance: Capricorn 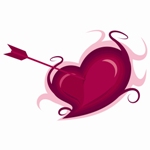 Capricorns will be seeing big changes in their lives in general in 2009. With eclipses affecting your partnership sector in July, some changes are likely, but overall we don’t expect to see sweeping relationship status changes for Capricorns in 2009.

Perhaps the spiciest moments for your love life this year occur from June 6-July 5, when both Venus and Mars, the planets of love and sex, are traveling through your romance sector. Your charm is super and romance fairly sizzles. Partnered Capricorns will also be having a good time–it’s a fabulous opportunity period for scheduling a romantic getaway.

When Venus is retrograde from March 6-April 11, you will have to be patient and sensitive when it comes to a lover and love relationship. This is a time when you could be rethinking a love affair, or a partner is. Sometimes, it indicates a turning to the past–a past love might reappear, for example.

There are 4 Mercury retrogrades in 2009, and 3 of them impact you and your love life directly. From January 22-February 1, and then from December 26/2009-January 15/2010, Mercury retrograde in your sign suggests some recoiling, rethinking, and revising on your part. During these periods, others might find you distant. Be careful not to miscommunicate your intentions, but do take time to rethink your plans. From May 13-31, a lover could be distant and less communicative, or a love affair could slow down. Give a lover some space and time to think.

In July, a Solar Eclipse in your partnership sector alerts you to the need to interact with others–either the public, or through a close partnership. For some, marriage or divorce will be an issue. For most, carving out a personal identity that includes a significant other who furthers their own personal growth will come into focus. This eclipse should give you a push towards a stronger identity or sense of purposefulness through close partnership. Also in July, a Lunar Eclipse occurs in your own sign, signaling that it’s time to change your image or redefine your personality in some manner. Finding a balance between autonomy and dependence is what this eclipse is about for you. Your emotions are on your sleeve. It is a good time to put your needs first, but doing so with respect for others will take you further. Whether you can succeed as a leader is “tested” right now. So, July looks to be a month of changes in yourself and a partner.

November can bring some challenges on the career front, likely revolving around issues of control and power. While this doesn’t directly impact relationships, a partner may have to be patient with you as you sort this all out.

Capricorns born early in the sign (from December 21-26) will be encountering some challenges in the last two months of the year, in the form of roadblocks and tests.

As mentioned above, from June 6-July 5, both Venus and Mars are in your romance sector, heating up a love affair. Some Capricorns will meet a new lover during this period. Those already involved in a love affair will find this Venus-Mars period is a good one for spicing up a current romance.

January 1-February 4 is a strong period for going after exactly what you want. It’s a high energy period, although January 22-February 1 is a period during which you should use caution with moving your plans forward.

March 6-April 17 is the Venus retrograde period. Because Venus rules your romance sector, you might find love affairs are stagnant or even seem to be moving backwards. A lover could seem distant. Lay low, review, and think about how to improve relationships, but don’t make any major decisions during this cycle.

In the days surrounding April 21, a love opportunity arrives in your neighborhood or through school, email, and other forms of communication–grab it!

June 6-July 5 is a playful, lighthearted, and magnetic period for love, particularly for casual love affairs. Your powers of attraction run high. Love comes to you rather than your having to pursue it.

In fact, May 31-July 12 is a time when your powers of attraction run high, particularly when you are taking on a more assertive and outgoing role.

From August 1-25, a partnership is warm, loving, and especially pleasurable.

August 25-October 16, however, is a period of fireworks for partnerships–sometimes stimulating, but for some it could be like open warfare!

Venus is in your sign from December 25. This is a time when the world seems to be speaking, or at least appreciating, your “love language”. It’s a period ripe with opportunity for attracting others, for turning on the charm, and for receiving positive feedback from partners or love interests. Love seems to come to you without the need for your pursuing it.r.