Saturn’s opposition to Uranus was exact on September 15th, 2009, and I had planned to write a bit about it before its exact aspect, but couldn’t find the time to do so, mainly because I was immersed in my own experiences with it! The Sun is aligning with Saturn and opposing Uranus today, shortly before a New Moon in Virgo that also highlights the degrees of the Saturn-Uranus opposition and that occurs on Friday, the 18th.

For those of you who can remember back to 1988, Saturn and Uranus were conjunct in late Sagittarius and early Capricorn, square to this Saturn-Uranus opposition. Themes will be similar to the ones experienced then. Obviously life experiences and other transits and influences mean experiences will be far from identical!

This September’s Saturn-Uranus opposition is right on my Sun, the last two were on my natal Pluto, and April’s opposition will be directly on my Moon. While I am certainly feeling these transits, I also feel that the Saturn-Uranus conflict is an integral part of my nature itself, because both planets are very strong in my natal chart. The Saturn part of me is often holding on to attitudes, behaviors, things, and people not only to feel secure and safe, but also because I value that which I have built, and that which I have invested myself into, whether it’s time, energy, heart, or whatever else (or all). I value things that last, and that grow slowly but surely–things that require hard work and effort, and things that don’t come easily to me. Some will say that people with strong Saturn in their charts gravitate towards the more difficult path, whether or not they are choosing to do so consciously, and I understand that implicitly. After a hard Saturn transit has passed, many of us feel more grounded and able to rely on ourselves. It doesn’t always feel good while it’s happening, because we’re not “winning” without a heck of a lot of effort. But what we do “win” or gain is something we’ve truly accomplished on our own, and it is more valuable to us as a result. And yet, sticking to the tried and true can keep us in a rut, living with difficulty because we can’t foresee a better way to live, or don’t feel confident enough (or deserving enough) to go after it.

And then there is Uranus, and its energy is to stir up the pot. With Uranus, stagnation is seen as an enemy. If we’re stuck in a rut and can’t seem to find a way out, Uranus is there to pull us out of it. Changes Uranus brings can be exciting and invigorating, yet destabilizing and disorienting, at least at first. We experience impatience with life as it is, with the same old routine, with responsibilities that we once embraced, or with commitments that we have made.

When powerful Uranus transits occur, we experience strong urges to break free from our routine and to express ourselves in a freer manner. Conditions and responsibilities that we previously tolerated or even enjoyed are now seen as overwhelming and restrictive. Inner changes and struggles are insistent, and if the outer world and the people around us are not changing along with us, or at the same accelerated rate, (which is more than likely!), we could feel extremely restless and tied down. We are likely to question our lives as they have been, and wonder if there is a whole lot more for us somewhere out there. While Uranus encourages us to break free from limitations, sometimes we can jump to decisions that we might later regret. With a Uranus transit prominent, we may be listening to a bruised or misbehaving ego, and we are prone to ignoring our deepest emotions. As a result we may sever ties that later leave us wanting. It is especially important to be aware of this blind spot. However, we can’t ignore the need for change. Embracing the need to change existing circumstances is important, while keeping ourselves aware of extremes of feeling and behavior is equally important. With Uranus, we seek freedom, but if we don’t listen to our hearts and rebel blindly, we will not be free!

Throw Saturn into the equation (and Saturn has to be in the equation right now, no matter what triggered point is involved) and there can be tremendous indecision and ambivalence. Saturn is pulling us in a completely different direction (the opposite one!). On a positive note, the extremes of potential Uranian behavior might be mitigated by this tug from Saturn, but the down side is that resistance to change is a much greater potential, and resistance can only create more chaos than is necessary.

Neptune is adding even more confusion and ambivalence to the mix. Neptune quincunx Saturn is an energy that often leads to procrastination, and procrastination is just another form of resistance to change. Guilt is also playing a big role in our struggle. From the Uranian point of view, we might fear we are avoiding important responsibilities because we don’t feel equipped to handle them, or that we are ignoring our more compassionate and fair ideals in our efforts to break free from the past, and guilt can thus nag at us. From the Saturnine point of view, we might fear we are neglecting to consider more humane and idealistic factors in our efforts to make others accountable, in our efforts to keep the status quo, or in our efforts to hold onto our past, which can also lead to vague feelings of guilt.

The truth is, we probably know, or have a fair idea of, the changes that need to be made to an existing structure in our lives, whether that’s a relationship, a business, a job, a domestic arrangement, an attitude, and so forth. Either we have to let it go and leave it behind, or completely redesign it. Throwing away responsibilities or commitments that truly no longer serve their purpose is one possibility. But Saturn is here to remind us that throwing away certain responsibilities will not lead us on a path to true freedom, and that without rules and responsibilities, there is pure chaos. 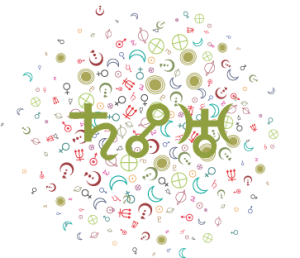 If Saturn is conjuncting your personal planet, you are more likely to give up on, or be forced to give up on, something that has previously made you feel secure, but that has been draining you or holding you back. For the time being, you may be re-learning how to go it alone, take care of yourself, and meet your responsibilities without much help from the outside. It might seem that changes are happening to you and you must adapt to them by restructuring your life. On the other hand, if Uranus is conjuncting your personal planet, it may seem that you are more the instigator of change as opposed to feeling that changes are happening to you, and that roadblocks to your progress seem to be coming from the outside, from people or circumstances. Something is stirred inside of you that needs attention. Saturn is reminding you, through opposition or disapproval from others, that you have responsibilities to your past that need to be managed. When Saturn is on your personal planet, there may be a feeling that “it’s me against the world”, while with Uranus on a personal planet, you might be feeling “it’s me against my past”.

If this opposition is affecting our relationships, with Saturn on our planets in Virgo, we might be projecting an attitude that others are not living up to our standards, and we might even have a list of things they are not doing correctly; and with Uranus on our Pisces planets we might be sending the message to others that we are tired of trying to live up to their standards, and we now want to be accepted for who we are. Saturn in Virgo might be saying, if you love me, you would be showing it through honoring my code; while Uranus in Pisces might be saying, if you love me, you would be allowing me to be free to explore what works for me. In July 2010, Saturn will be in Libra opposing Uranus in Aries. Saturn on our Libra personal planets may be projecting the attitude that others are not taking the partnership and commitment to one another seriously enough; while Uranus on our Aries personal planets may be sending out the message that we value our independence and should be able to express it without penalty. Both sides have valid “arguments”, and the key is flexibility and consideration of  the needs of both parties, and somehow coming to an agreement.