Back to Spiritual Life Lessons: The Nodes of the Moon in Astrology

North Node in Leo and/or in the Fifth House 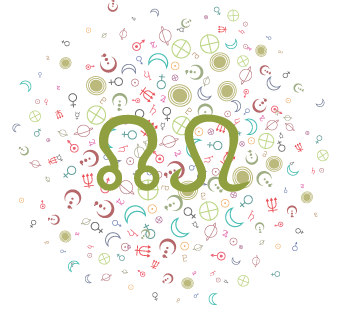 The North and South Node positions show areas of life where we fall back on behaviors that feel safer to us (represented by the South Node). However, grow, learn, and thrive if we go in the oppoosite direction (toward the North Node).

Don’t discount the South Node position, however. It can be a rich place of our talents.

A tendency to rely on others who may let us down, to come across as impersonal or distant in our dealings with others, to be fearful of being the center of attention and standing out as an individual, to fear taking risks, and to fall back on peers and community at the expense of our own individuality are some of the issues this position suggests.

With this position, we need to avoid falling into the easy trap of worrying about what others think about us. Instead, we need to strike out in our own individual and creative path without fear.

We need to make a conscious effort to deal with others in a more personal, involved, and loving manner, rather than falling back on reason and intellect which detaches us from our feelings. We can easily alienate others when we over-emphasize equality to the point that we won’t acknowledge individuals’ uniqueness.

We can too easily lose touch with our own heart by rationalizing our feelings, and become overly involved with other people’s problems at the expense of our inner needs for attention. Learning to take personal risks, which requires a certain amount of self-confidence, will help us to achieve inner balance and happiness.

Back to Spiritual Life Lessons: The Nodes of the Moon in Astrology