2015 Horoscopes Year of the Goat or Sheep for Western Zodiac 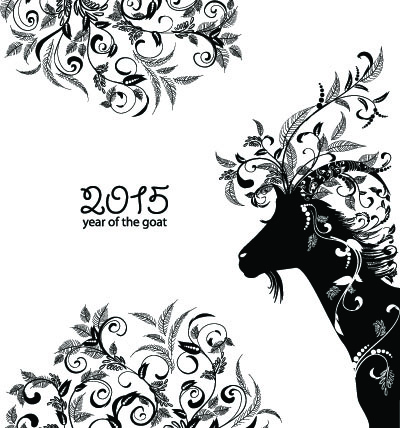 The Year of the Goat (or Sheep), beginning February 4th, 2015, is a quieter period when consolidation, settlement, and compassion are strong themes. This is not a year for rushing or pushing ahead. Consideration of others is important in the Year of the Goat. Hypocrisy is also a big no-no this year, and this is reinforced by Saturn moving through Sagittarius and Scorpio in Western Astrology. Natural products and lifestyles are “in” this year. It’s a period for mending fences, healing, connecting, rebuilding relationships, settling debt, and using common sense. Making big changes is not especially favored. The Goat or Sheep is the eighth sign of the Chinese zodiac, and 2015 is an 8 year in Numerology, so that the symbolism of the number eight is powerful. 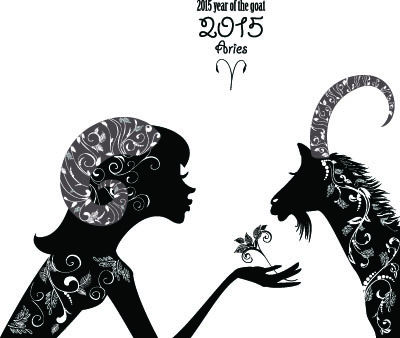 The year of the Goat brings much activity for your career but also a strong focus on family, Aries. It’s a quieter year with a slower, more patient pace, particularly from August forward, which generally doesn’t gel well with your desire for new beginnings and innovations. However, this may be exactly what you need after the hurried pace of last year’s Horse. In fact, with Jupiter moving into your work and health sector mid-August, this is a strong year for building and developing projects already underway. Until then, be sure to make time for some extra fun, hobbies, and romance. It’s a wonderful time for developing relationships and enjoying your connections. Making peace with family is a strong theme. 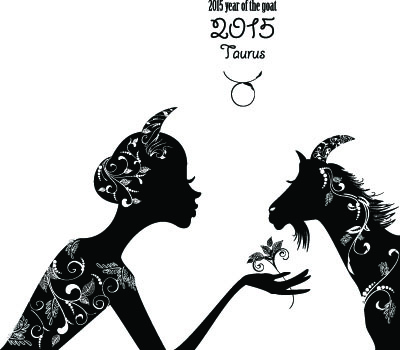 This should be a gently, quietly prosperous year for you, Taurus. The Goat (or Sheep) doesn’t like big changes. Instead, the Sheep favors predictability – and these things are right up your alley. Particularly after a quick-moving Horse year in 2014, the slower pace of 2015 becomes you. However, be careful you don’t become so complacent that you let things slide, as 2016 is bound to be a little tumultuous. Focus on building, learning, and connecting. 2015 can find you quite chatty and more sociable than usual. You are a little more focused on having fun and enjoying yourself in the moment, particularly from September on. 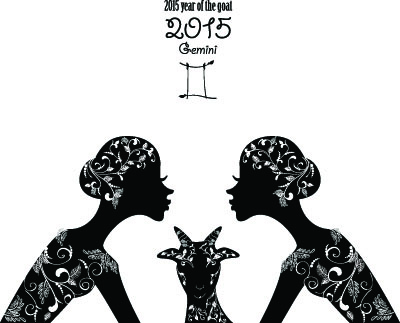 It’s especially important for you to concentrate on building and developing plans and projects you already have in place, Gemini, in the Year of the Goat (or Sheep). While you love to diversify, this is not the best year for taking on too much, particularly from September on. However, 2015 can bring a stronger balance to your personality. You are more concerned with the longer term, security, and commitments. Decisions are not easy to make. Others seem a little more in control of your life than you are at times. You are expected to work a little harder than usual. Money matters can improve significantly with more attention to saving for a rainy day. This is a great year for improving relationships with family. 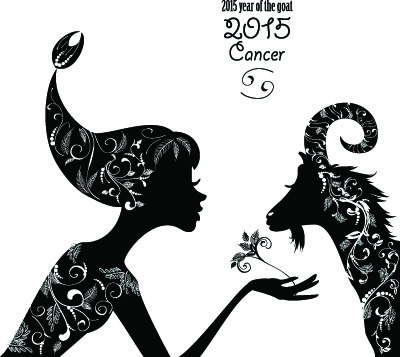 The Goat or Sheep in the Chinese Zodiac is connected to your own sign, Cancer, and the themes of the year 2015 are recognizable and familiar. In many ways, people are tuning in to the very qualities that come most naturally to you. You’ll love the extra focus on harmonizing and respecting the family unit in the Year of the Sheep. However, while your strengths are emphasized, so are your weaknesses, and it can be difficult to find ways to balance out your personality. You’re especially sensitive and emotional, and perhaps a little too dependent on others and their feedback in 2015. You are seeking out comfort this year, and may need a bit of a push to focus on practical matters. 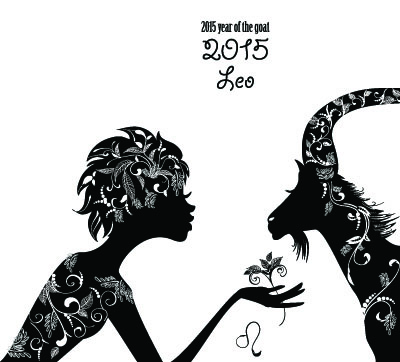 The Year of the Goat should be a quieter one for you, Leo. While Jupiter in your sign until mid-August frequently puts you in the spotlight, you’re also doing a fair amount of reflection, building, and centering yourself. You are far more approachable in the Year of the Sheep/Goat, and your natural warmth, generosity, and kindness are emphasized strongly. People love to be around you! The second half of the year is especially strong for working and building on projects you’ve recently taken on. There can be a nice feeling of being rooted, even though you are also very busy meeting and greeting people from all walks of life. 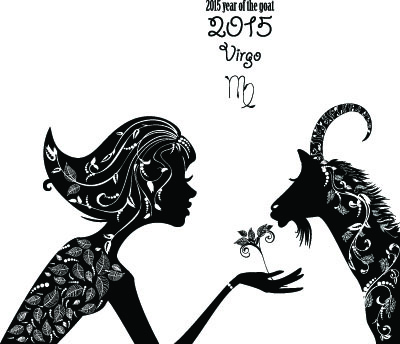 The gentle pace of the Year of the Wood Goat (Sheep or Ram) suits you well, Virgo, although it can be a little too lazy for your tastes at times. Since 2015 also sees Jupiter move into your sign in mid-August, the year is likely to be quite prosperous, although slow in the first half. This can be an important year for debt settlement. Look for ways to improve financial independence. Generally speaking, you find it easier to channel your energy constructively. Although there can be lazier times than usual in 2015, this can help you come to a better balance. Even so, be careful that you don’t let important things slide in preparation for 2016, when the pace quickens and you won’t want to feel left behind. It’s a very strong year for making connections. You might frequently be in the position to help others out, but they’ll be giving back later in 2015, and this can feel wonderful. 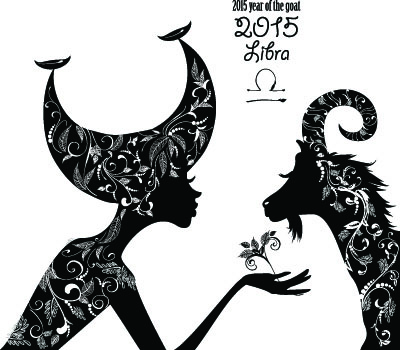 The Year of the Goat is good for making connections, Libra, and is an important year for your reputation and career. It’s also a period when you could be especially concerned with how others see you, and you could find that you’re more readily influenced as a result. Paying attention to your image is important, and you may very well be quite successful at winning positive attention, but try not to worry so much about what others think. With so much attention to making connections, career, and outside obligations, it will be important to make an extra effort with partners and family. Your natural tendency to seek out balance and harmony is especially emphasized in 2015. The natural artist in you is also stimulated strongly, so that professions and hobbies in the arts can thrive. However, indecisiveness and vacillation are also prominent in the Year of the Sheep. 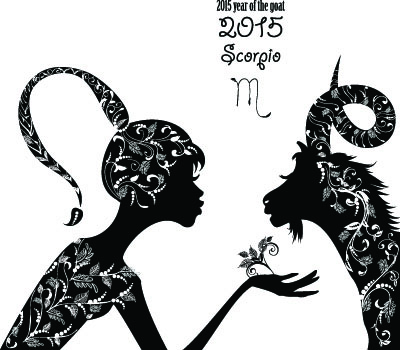 The energy of the Year of the Goat complements you well, Scorpio. You are confident and independent, and your relationships with loved ones should be healthier and stronger. The year tends to fare especially well for educational pursuits, communications, and your social life. Career is strong in the first half of the year. While the second half of 2015 should be pleasant overall, you should watch for some slacking, as you may be focusing a little too much on your connections and leisure time. As well, the summer can require adjustments and more responsibilities than usual. Friends are generally supportive, but you may find that you’re often in the position of supporter. Find your passion in the last four months of the year, when the wind seems to be at your back, gently encouraging you and pushing you forward at a lovely pace. 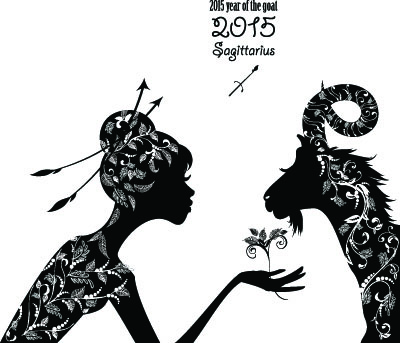 While there is certainly some adventure in you in 2015, overall, the Year of the Goat is a quieter year for you, Sagittarius. You might often find yourself in a more serious than usual frame of mind. You respond well to the Goat’s fixed element (fire), but this is a Wood year and the Goat has a yin stem, and these tend to turn you inward a little. You prefer a more direct, straightforward approach to life, and this Goat year is not a good fit on this level. As well, Saturn is in your sign much of the year (with the exception of the summer), and this acts to remind you of your responsibilities. This is a powerful year for getting your affairs into order, particularly financial and business. Love is rich but complex. Keep things as simple as possible and let the people in your life this year know that you don’t need or want games, in no uncertain terms. 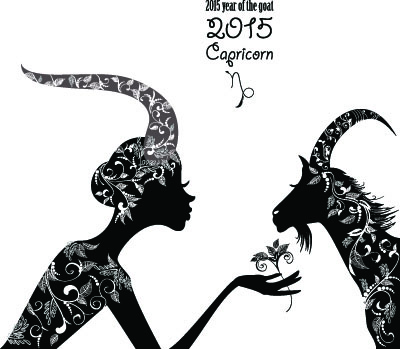 The Year of the Goat/Sheep has its easy points and its challenges for you, Capricorn, One might think that since Capricorn’s symbol is the Goat that Capricorns would thrive in a Goat year. While there are some similarities between the Goats of the Western zodiac and Chinese Goats, in some ways they are opposites in character. For one, Capricorns feel most comfortable in the position of control, while the Chinese Goat is content to let others lead and make the rules. This is probably the biggest challenge for you in 2015 – you need to be flexible and roll with the changes in order to succeed, and this isn’t always easy. From September forward, however, you are in a stronger position. Your faith in life itself increases, you’re feeling more effective, and rising above the minor challenges and changes of your daily life with a firm vision of your future. This is is also a good year for money matters. 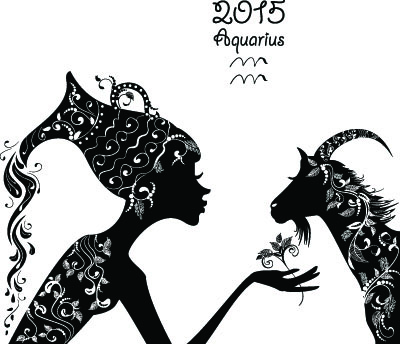 You are naturally altruistic, tolerant, and friendly, Aquarius, and these traits are emphasized in the Year of the Goat/Sheep, both as themes of the year and as the characteristics that are stimulated strongly in your own character. In fact, you might often find yourself helping others out this year, playing a supportive role. Work and routine are also important themes in 2015. Watch for a tendency to fret and pay more attention to your health and daily habits. Money improves from September forward, but the key to success remains in your relationships with others. There can be some starker moments with friendships or groups this year, but there may also be the chance of finding a true, honest, long-term friend. You’re working harder this year, and developing your relationships. 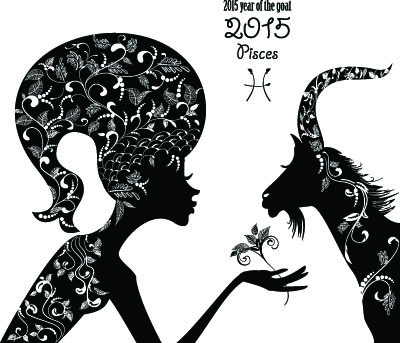 In the Year of the Goat, your ability to go with the flow comes in very handy, Pisces, and you’re likely to enjoy the minor twists and turns that it brings. Certainly, you have some work to do, but the year is also strong for expressing yourself more confidently, exploring your passions, hobbies, and interests, and building your relationships. In fact, many Pisces will find new love or enhance existing love connections in 2015 (and into 2016). Traits that come naturally to you – imagination, creativity, empathy, and kindness – are drawn to the surface and emphasized, as well as valued by others! Remember that the Year of the Goat/Sheep is about making minor changes and being flexible, which comes naturally to you anyhow, and not about making big, sweeping changes.

Please note that the year of your birth is not the only factor involved in your horoscope for any given year. Your month, day, and hour also have associated elements and animals.

See also: Understanding Chinese Astrology: Introduction and Chinese Astrology: More than the Twelve Animals. If you don’t know your Chinese zodiac animal or element, both of these articles will help you to determine it.
Try our Love Oracle, which is based on fortune telling with playing cards.