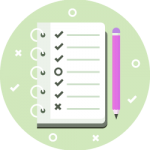 I regret that I will not be writing the overview summaries for April 2017 – I apologize! I started Cafe Astrology fifteen years ago (almost to the day), and I believe I have been writing Monthly Overview paragraphs for each sign for about twelve or thirteen of those years, and have never missed a month until now. When life got in the way in the past, I was a bit late but always wrote them.

However, there were far too many factors preventing me from doing them this month.* I have decided that instead of writing them now so late in the month, I would begin work on May summaries and push up the date for these overviews in general – something many have asked me to do (and I have always wanted to get back to doing). In the first few years, I wrote the summaries one and a half months early, and as my other tasks increased, this gradually led to writing them literally at the beginning of the month when they were due.

I now aim to do This Month in Astrology and Monthly Overview Horoscopes for individual signs around the 20th of the previous month.

Please note that all items covered in my Monthly Overviews are addressed in my Daily Horoscopes. I do recognize that the overviews are useful for summarizing and synthesizing the various, often contrasting influences occurring in any given month, but wanted to point out that all factors (and more) are covered in my Daily Horoscopes on a day-to-day basis.

I wanted to emphasize that the omission of the Monthly Overviews is an anomaly, not a permanent change!

* An astrological note: Retrograde Venus cycles when in Aries every eight years (and sometimes Scorpio) have consistently been challenging periods for me. This time around, Saturn is transiting square my Sun and Moon.

This Week in Astrology - Main

This Month in Astrology - Main