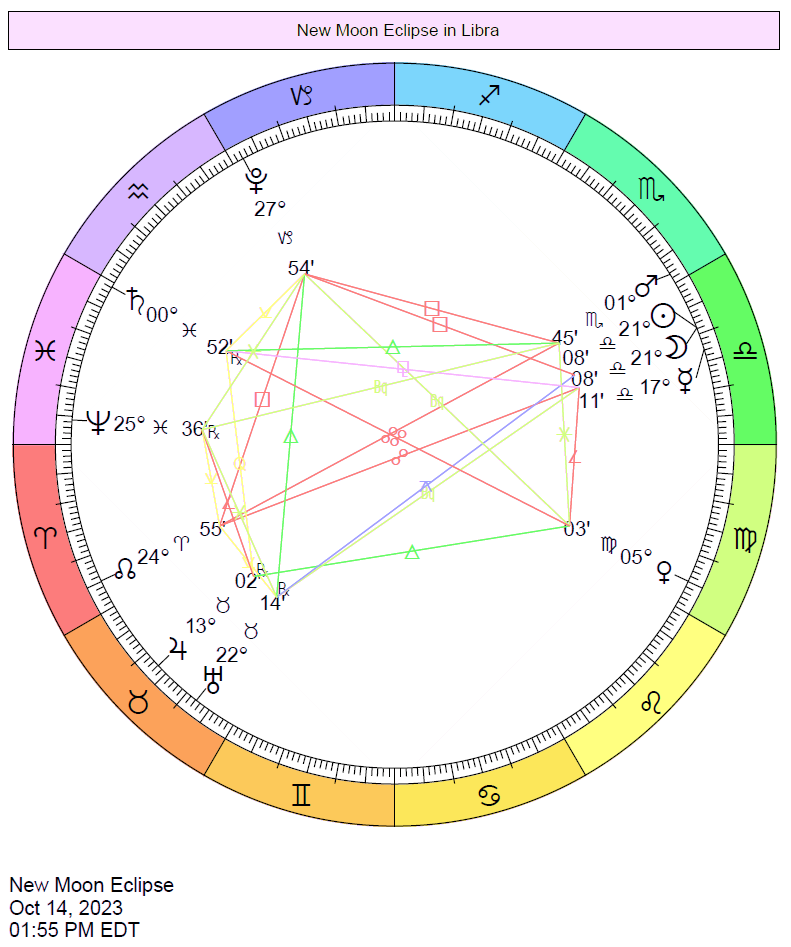 This phase of the Moon occurs at 21 degrees and 8 minutes of Libra.

The New Moon in the sign of Libra starts a good cycle in which to commit to personal goals that express the positive energies of the sign of the Scales.

We have a chance to build our negotiating skills without compromising our principles or needs, and without resorting to appeasement. It’s a time to work on re-balancing our relationships and to recognize our partners as teammates rather than adversaries.

With this potent Libra energy, we have the chance to make important changes in our lives. Libra teaches us to learn to make peace with those around us and to establish more harmony in our environments, establish a sense of order and balance in our lives, and recognize the value of partnerships. This is an ideal time to work on these skills.

Libra has an innate ability for–and love of–synthesizing opposites. Peace and harmony are the goals, but there’s a fine balancing act involved along the way that requires some commitment and effort.

This New Moon brings fresh and creative energy into our lives, and more specifically, into our relationships. This is a cycle in which balancing our close personal relationships becomes an urgent desire. Negotiations may be especially effective, as we are inclined to assert our needs in ways that don’t offend others. A Mars-Saturn trine can help us see the value of pacing ourselves and keeping our feet on the ground.

As a Solar Eclipse, this New Moon packs more punch! It’s the second eclipse in a set occurring along the Aries-Libra axis from April 20th, 2023, to March 29, 2025. The first one was a Total Solar Eclipse in late Aries. While we’ve been focusing on building our independence and working on assertiveness since April, this October eclipse in Libra prompts us to consider healthy relating and how it affects the process.

Major developments in the personal areas ruled by Libra in our charts are likely to occur over the upcoming months.

The above chart is excellent for seeing the fundamental influences and chart pattern of this New Moon. The chart below adds more details with additional points. Click to enlarge: 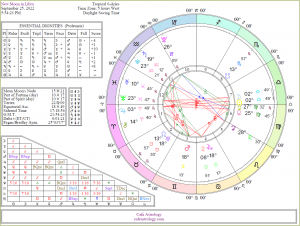 This Solar Eclipse is part of a set of eclipses falling along the Aries/Libra sign axis from April 2023 to March 2025: